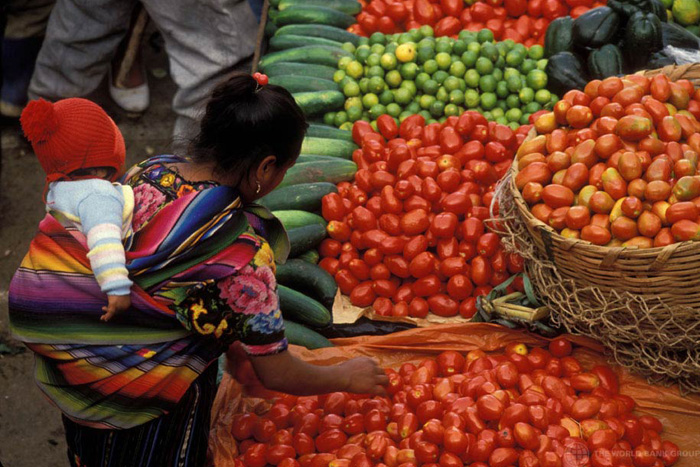 Agricultural production is expected to slow down over the next decade, due largely to limited expansion of arable land, rising production costs, environmental pressures and resource constraints, the United Nations food agency said Thursday, launching in Beijing its report on the global agricultural outlook.

“Although relatively resilient to economic downturns, the agricultural markets continue to reflect the impact of a two speed global economy with weak recovery in developed countries and vibrant growth in many developing countries,” the authors reported in the “Agricultural Outlook, 2013-2022” produced by the Organisation for Economic Co-operation and Development (OECD) and the U.N. Food and Agriculture Organization (FAO).

This year’s report contains a special feature on the future of agriculture in China, whose agricultural output rose 4.5 times since 1980. With one-fifth of the world’s population, comparably little agricultural land and water resources, China’s focus on food security and self- sufficiency have allowed it to improve access to food.

In Beijing, OECD Secretary-General Angel Gurría and FAO Director-General José Graziano da Silva participated in the report’s launch. The event was hosted by the Chinese Academy of Agricultural Sciences and is part of a two-day international forum.

“High food prices are an incentive to increase production and we need to do our best to ensure that poor farmers benefit from them,” Graziano da Silva said.

“Let’s not forget that 70 per cent of the world’s food insecure population lives in rural areas of developing countries and that many of them are small-scale and subsistence farmers themselves.”

According to the report, global agricultural production for crop sectors and livestock production reviewed is projected to grow on average 1.5 per cent annually, compared to 2.1 per cent in the previous decade.

Gurría said that the “relatively bright” picture – strong demand, expanding trade and high prices – assumes continuing economic recovery. “If we fail to turn the global economy around, investment and growth in agriculture will suffer and food security may be compromised,” he said.

“Governments need to create the right enabling environment for growth and trade,” he added. “Agricultural reforms have played a key role in China’s remarkable progress in expanding production and improving domestic food security.”

Policy reforms and economic growth across the globe have been changing demand and supply fundamentals sufficiently to turn agriculture into a more market-driven sector which provides investment opportunities, particularly in developing countries.

Consumption of these goods is also projected to increase, particularly in Eastern Europe and Central Asia, followed by Latin America and other parts of Asia. Growing populations have been driving the increase in consumption, but also higher incomes, urbanization and changing diets.

Meanwhile, average prices are expected to be higher for the coming decade than they have been in the previous ten years which included historic highs.

The launch of the report comes one day after World Environment Day, which this year focused on curbing the massive loss and waste inherent in today’s food systems.

At least one third of all food produced fails to make it from farm to table, according to FAO which is part of the “Think. Eat. Save: Reduce Your Foodprint” campaign with the United Nations Environment Programme (UNEP), and public and private sector partners.

If it continues on the current trajectory, the world will need about 60 per cent more food calories in 2050 compared to 2006.