Caribbean athletes ‘on fire’ at World Police and Fire Games 2013 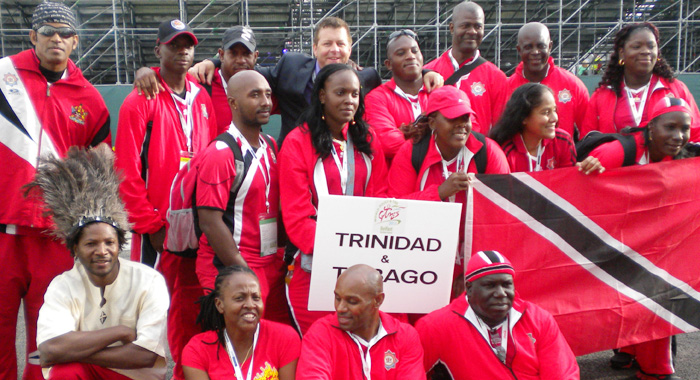 BELFAST, Northern Ireland — The Caribbean was represented by a delegation from the Trinidad and Tobago Fire Service, accompanied by Dr. Christopher Stange from the Consulate for St. Vincent and Grenadines to Northern Ireland, at the World Police and Fire Games (WPFG) 2013 King’s Hall in Belfast.

The contingent, many with Vincentian roots, was cheered by spectators, proudly parading around the packed stadium in the opening ceremony of the Games.

The WPFG are third in size after the Olympics and Commonwealth Games with competitors from over 70 countries competing in 60 different sports.

The Caribbean athletes will be participating in a variety of events from athletics (track and field), orienteering and the ultimate firefighter championship.

The World Police and Fire Games (WPFG) is a biennial athletic event, open to active and retired law enforcement and fire service personnel throughout the world. The WPFG Federation is an arm of the California Police Athletic Federation (CPAF), an American non-profit organisation. The games were first held in 1967.