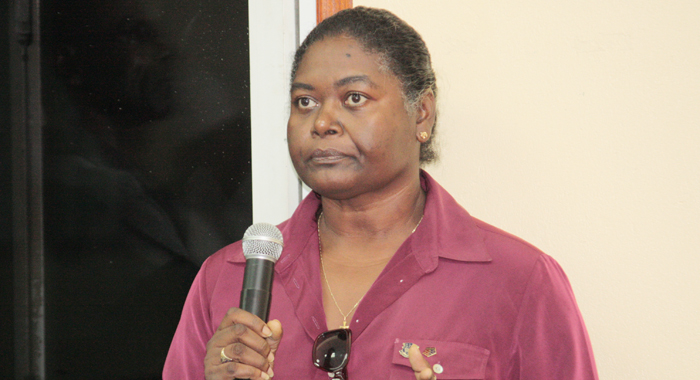 A member of the Building & Loan Association (BLA) Shareholders Committee has warned against stringent qualifications for members to become directors of the association.

The Financial Services Authority (FSA), which has been managing the BLA since February, has outlined qualifications for directors, saying they must be university graduates or professionals in the finance field or businesspeople (owner or manager).

However, Sunil Fraser, who is also a lawyer, speaking at a BLA members meeting on Thursday, pointed to Rule 36 of the BLA, which speaks to qualifications.

She said that according to the BLA’s rules, in order to become a director, a member must be a holder of no fewer than five, advanced ordinary subscription shares in one’s own right.

“When you start defining, is when you start confining. And the more you try to define to say you are going to expand, what you actually keep doing is narrowing that group that you are trying to expand.

“To my mind, this was established in 1941. We didn’t have all these great minds running around to sit on the boards. It was the ordinary members,” she said of the 72-year-old building society.

Fraser, using law as an example, said that sometimes, person who are not trained in law can better understand and articulate it.

“We have very efficient businesspeople in our community who have never been to any university and have no degree. But they have the business acumen. … I think that you need a cross-section of persons. And it should not be curtailed by people having all these degrees,” she further said, and urged balance.

Fraser compared the old rule of the BLA to the new one, which says only persons who have been members for two years or more can make nominations or vote.

And while some other members of the BLA questioned the legitimacy of the FSA’s action, Fraser said she thinks that in justifying its actions, the FSA would quote the section of the FSA Act that say it can “take any other necessary action for the purpose of protecting the interest of customers of financial entities or registered entities, as well as creditors and the public…”

She, however, said that to the best of her knowledge, the rules of the FSA has not been suspended, repealed, amended, or revoked.

“So the question is, therefore, if these rules state one thing, and the FSA, having the authority to take any other action, has not suspended these rules — at least they haven’t told us that, we haven’t seen it written anywhere — and they come up with these rules, requiring you to fulfil all of these requirements here to be able to sit on a board, then the question is, is there a piece of legislation somewhere that provides these criteria that overrules the rules?

“Where does the FSA get the authority? Because, although the Act says they can take any other action, they have not really and have not truly said to us that they have amended these rules, because there is a procedure for amending these rules as well,” she said.

“It worries me, it bothers me as a member of this organisation. I am wondering, is all of this absolutely necessary and is it quote on quote, and don’t quote me, legal?”

Nominations for BLA board members end this week, ahead of an annual meeting on Aug. 29, when the board of directors will be elected.

4 replies on “Stringent criteria to become director of BLA is ‘confining’, lawyer says”