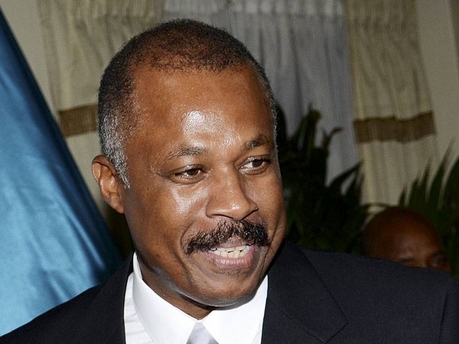 A leading Caribbean intellectual Tuesday night presented a compelling argument of why Britain should pay to former colonies in the Caribbean reparations for slavery and native genocide.

CARICOM leaders have unanimously decided to seek reparations from Britain for slavery and native genocide.

“… we are focusing on Britain because Britain was the largest owners of slaves at Emancipation in the 1830s. The British made the most money out of slavery and the slave trade — they got the lion share. And, importantly, they knew how to convert slave profits into industrial profits,” Professor Sir Hilary Beckles, Pro Vice Chancellor and Principal of the Cave Hill Campus of the University of the West Indies said in Kingstown.

He was speaking at a lecture on the title of his latest book, “Britain’s Black Debt: Reparations for Caribbean Slavery and Native Genocide”.

The Barbadian educator detailed how the British government and British citizens used slavery to enrich themselves.

He further noted that while at Emancipation reparations were paid to former slave owners, the slaves got nothing.

The reparations monies stimulated the British economy for half a century after Emancipation, Professor Beckles said.

“Here in the Caribbean, the islands were descended into poverty after Emancipation. And in Britain, 50 years of growth because the compensation money was reinvested in the British economy and stimulated the economic development of the company,” Professor Beckles said.

“We believe that we now have to repair the damage and this is the final point. This is why now repartitions is important.”

Beckles said that Caribbean governments today are spending up to 80 per cent of their expenditure on education and health.

“After 300 hundred years of taking their labour, exploiting their labour and enriching themselves to build themselves into the most powerful nation on earth, they have left Caribbean peoples illiterate and unhealthy, which means that the governments today have to clean up illiteracy and clean up the ill-health do not have the resources to do it,” he further explained.

He said that the British are good at keeping records and hence the wealth derived from slavery is traceable.

Professor Beckles further rebutted some of the arguments likely to be advanced by Britain as it resists paying reparations to the region.

He further added that the British have launched a campaign to discredit the reparations movement, but stated that British citizens are increasingly seeing the need for — and are calling on their government to make — amends.

Professor Beckles spoke of a case in which a slave trader, faced with decreasing ration aboard a slave ship and no tail winds, decided to throw his slave “cargo” overboard and return to Britain to claim insurance.

The British judiciary ruled that it was a simple case of property insurance rather than murder –since slaves were not considered human beings.

“Therein lies the British court, … the judiciary of great Britain, ruling in its own legal structure that black people are not human beings.

“Therein lies the charge of reparations, because to deny a people their human identity is a crime against humanity and that is the case that the British judiciary, on behalf of the British state, established the principle that once and for all, that African peoples are not human.”

Professor Beckles spoke of how the exploitation of the region under slavery resulted in the underdevelopment of the region’s human resource, infrastructure, and economy.

He noted that after 300 years of colonisation, when the British left Jamaica at Independence in 1962, 80 per cent of the Caribbean nation’s people were functionally illiterate

Professor Beckles also spoke of the impact on the family, and mentioned the high rates of diabetes and hypertension in the region and the ways in which black people in the Caribbean and Africa respond to medicine for these conditions.

These are the kinds of things we speak about when we speak about reparations,” Professor Beckles said in reference to the vestiges of slavery and colonisation.

“The British government has to come to the Caribbean and sit with us and help us deal with all of these. We have a legal and moral right,” Professor Beckles said.

He lauded the efforts of Prime Minister Dr. Ralph Gonsalves who has convinced his CARICOM colleagues to support the reparations movement.

He noted, however, that reparation is not about handing over money to either individuals or governments.

“Under international law, reparations are paid into a fund, which is administered under international law. … In every society, a reparations committee is established, a fund is established, and under law, those funds are placed under trustees and trustees are held responsible for the use of those funds for community development,” Professor Beckles said.