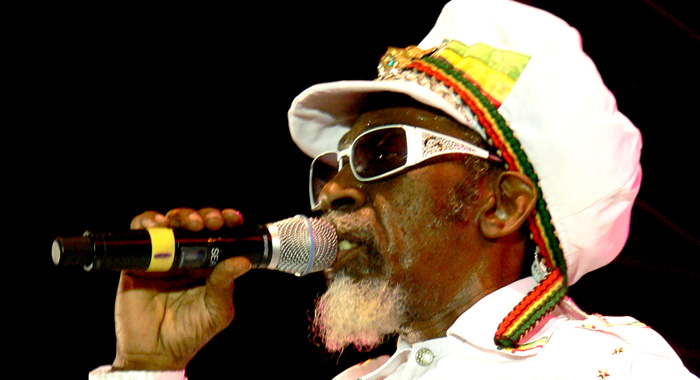 Gonsalves made the announcement on Saturday at the opening of the Georgetown Smart Hospital.

He said he suspects that the opening of the conference will have to be held at Victoria Park, a multi-purpose venue in Kingstown.

“They were going to have it inside of a building but Bunny Wailer has contacted me and says he is coming to the conference and he wants to perform.

“So you can’t put that in Methodist Church Hall. They don’t have space. Because although a number of the young people don’t know a great deal about Bunny Wailer, those in the know, those who follow music, I mean Bunny is not going to tell yo’, ‘Two, three, four; wave yo’ flag and wine!” Bunny is coming to you with conscious music,” Gonsalves said.

He further said that the 66-year-old artiste, whose real name is Neville O’Riley Livingston, wants to become a citizen of St. Vincent and the Grenadines.

The conference comes in the wake of the formation of a CARICOM Reparations Commission to seek compensation from Europe for native genocide and slavery in the Caribbean.

Gonsalves started the initiative that his CARICOM colleagues signed on to in July.

And two weeks ahead of the conference, Gonsalves found himself, last week, defending his forebears against accusations that they were slave traders.

“… for the record again, my fore parents came here in 1845 as indentured servants, poor, like the proverbial church mouse.

“My great, great grandfather was illiterate in two languages – Portuguese and English,” Gonsalves said at a press conference.

“Call me anything, but don’t tell people that I am a descendant of a slave trader. But even if I were, of what relevance is that?” he said.

In a lecture on reparations last month, Barbadian academic, Professor Sir Hilary Beckles noted that many prominent families in Britain today gained their wealth through the slave trade.

8 replies on “Jamaican artiste Bunny Wailer to perform in St. Vincent at opening of Reparations Conference”