Man dies after tree falls on him in North Leeward mountains 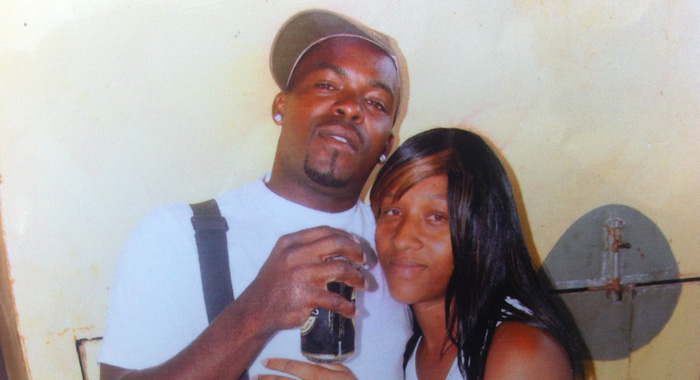 The deceased, Rodney Harry and his girlfriend, Sharene Gobson.

Rodney Elrado Harry, a 28-year-old resident of Campden Park, died on Friday, reported after a tree fell on him in the mountains of North Leeward.

Harry’s older brother, Joseph Harry, told I-Witness News on Sunday that his brother died despite the efforts by he and two other men to save him.

Joseph said the four of them, all farmers, were felling trees when the incident occurred sometime before 2 p.m. Friday.

He and two other men were using cutlasses while Rodney used a chain saw.

Joseph said that while he could not see Rodney from where he was working, he could hear the sound of the chain saw.

Joseph further told I-Witness News that he heard the crashing sound of a tree falling, but the chain saw continued to run.

At this point, he called out to Rodney telling him to rev the machine, but there was no response.

Joseph told I-Witness News that at this point he called to another of the men to check on Rodney.

That man met Rodney lying unconscious on the ground next to the fallen tree.

Joseph said that he performed mouth-to-mouth resuscitation on his bother and he regained consciousness.

He said that when Rodney regained consciousness, he tried to stand but complained about immense pain, saying he felt as if his “whole inside crush”.

The men then made a stretcher using a piece of tarpaulin and set out on what would be a two-hour journey by land and boat to the Chateaubelair Hospital.

Joseph said that several times during the trip from the mountains to a beach where they took a boat to Chateaubelair, Rodney requested assistance with breathing, at which times he performed mouth-to-mouth.

“That is how we had been doing,” he told I-Witness News.

But later on, Rodney told his brother that he couldn’t make it any more.

Joseph said his bother asked him to tell his children that he loves them and asked his brother to take care of his children, then fell unconscious.

Joseph, however, said that Rodney still had a pulse up to the time when they arrived at the Chateaubelair hospital.

The nurses tried to revive Rodney, Joseph said, but no doctor was on call. The doctor arrived later, and Rodney was pronounced dead sometime afterward.

“Right now, this is a really bad time in my life. I just feel like a part of me disappear in a snap of time,” he said.

Joseph described his brother as “a man who always had the potential, always for everybody but at the same time wouldn’t stand nonsense.

“That was a brother who no matter what he had, I could have just do what I want,” he further told I-Witness News.

Joseph said he is so affected by the tragedy that for the past two days he has been avoiding their home, because he relives the memories every time someone visits to relay condolences.

Rodney was the father of four children: two 6-year-olds, one 5-year-old, and one 8-month-old.

Rodney is the second person to die in the mountains of North Leeward recently.

On Aug. 12. Owen Pompey, a 47-year-old farmer of Troumaca, died after being stabbed about the body with a knife at Morne Rhonde Mountain.

Ian Gould, a 35-year-old farmer of Lowmans Leeward was arrested and charged with Pompey’s murder.