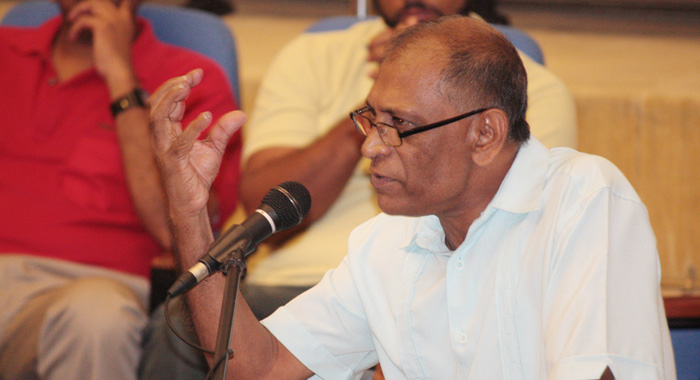 GEORGETOWN, Guyana — Guyana’s Minister of Agriculture, Dr. Leslie Ramsammy, has criticised the world’s rich countries over their failure to transfer to developing nation’s the technology needed to fast-track their development.

Ramsammy has placed squarely at the feet of developed countries, blame for the world’s failure to meet Millennium Development Goal (MDG) number 8.

The MDGs are the world’s time-bound and quantified targets for addressing extreme poverty while promoting gender equality, education, and environmental sustainability by 2015.

Goal number 8 speaks of developing a global partnership for development.

Ramsammy noted to the Joint Technical Opening of Caribbean Week of Agriculture on Sunday that two CARICOM countries — Guyana and St. Vincent and the Grenadines — have been recognised by the Food and Agricultural Organisation for attaining Goal 1: halving both the number and percentage of undernourished residents

He said there is also much talk about Goals 4, 5, and 6: reduce child mortality; improve maternal health; and, combat HIV/AIDS, malaria and other diseases.

“There is one MDG that we don’t talk about much,” Ramsammy said, adding that a survey of persons at the ceremony might find that more than 70 per cent of them don’t know what Goal 8 is.

“I don’t mean to say that in any negative way, but it is the truth. The truth is that MDG 8 is not talked about,” he said.

“MDG 8 is a failure of the developed countries. They didn’t keep their obligation. MDG 8 was to make sure that technology and innovation are shared in an equitable manner around the world. But the truth is that we don’t have access to the technology that could transfer our technology around the world,” Ramsammy further said.

“MDG 8 has been a colossal failure and we must stand up and speak. I will continue to speak up for MDG 8. We must be ambassadors for our country and advocates, and speak up. That’s what CWA is about — passionately speaking about it.

“We must passionately speak about climate-smart agriculture, we must be diligent in placing all these issues … at the very, very heart of any people-centred developmental agenda,” Ramsammy further told participant of CWA, the region’s premier agriculture event.

CWA is being held under the theme “Linking the Caribbean for Regional Food and Nutrition Security and Rural Development” and ends on Saturday.