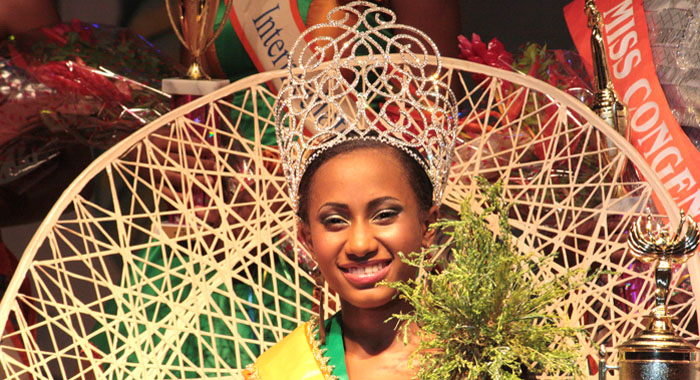 The Girls’ High School delegate, Lateefa Noel, won each of the judged categories in the Scotia Bank National Secondary Schools’ Miss Heritage Pageant Saturday night and retained the crown for her school.

The more than 10,000 likes that Noel’s photos amassed on Facebook, won her the Digicel Viewers’ Choice Photo Competition.

Noel took the crown ahead of Sharikah Rodney of the St. Joseph’s Convent Kingstown.

Kia May of the Sandy Bay High School was adjudged Miss Congeniality and had the winning promotional video.

The other contestants were Crystel-Lyn Browne of the Bequia Community High School and Nia Grecia of the Intermediate High School.

The competition was organised by the Girls’ High School.