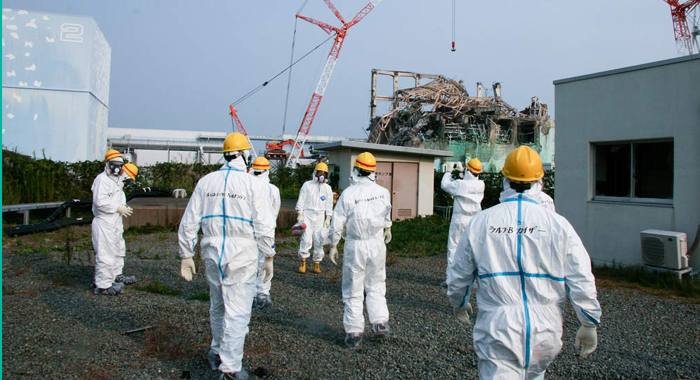 Good progress has been made by Japan in remediation efforts in areas affected by the Fukushima Daiichi nuclear accident, a group of United Nations experts have said in a preliminary report, while encouraging the Government to better communicate its decontamination goals to the public.

The expert mission by the International Atomic Energy Agency (IAEA) to review remediation efforts, which concluded today, is a follow-up to the first mission carried out in October 2011 in the wake of the incident at the Fukushima Daiichi nuclear power station in March of that year.

In March 2011, a 9.0-magnitude earthquake created a tsunami that in addition to killing 20,000 people, slammed into the power station, disabling cooling systems and leading to fuel meltdowns in three of the six units. The incident was reported to be the worst nuclear accident since the 1986 Chernobyl disaster.

The mission recognized the “huge effort and enormous resources” that Japan is devoting to its remediation strategies and activities, with the aim of improving living conditions for people affected by the nuclear accident and enabling evacuees to return home, the IAEA said in a news release.

“Japan has done an enormous amount to reduce people’s radiation exposure in the affected areas, to work towards enabling evacuees to go back to their homes and to support local communities in overcoming economic and social disruption,” said team leader Juan Carlos Lentijo, Director of the Division of Fuel Cycle and Waste Technology in the IAEA’s Department of Nuclear Energy.

He added that the team was really impressed by the involvement of a wide range of ministries, agencies and local authorities in driving these crucial remediation efforts.

The Oct. 14-21 mission, which was requested by the Japanese Government, welcomed the extensive provision of individual dosimeters so that residents can monitor their own radiation dose rates, helping to boost public confidence.

“Good progress has been made in the remediation of affected farmland, and comprehensive implementation of food safety measures has protected consumers and improved consumer confidence in farm produce,” the press release noted, adding that a comprehensive programme to monitor fresh water sources such as rivers, lakes and ponds is ongoing, including extensive food monitoring of both wild and cultivated freshwater fish.

The mission encouraged the Government to strengthen its efforts to explain to the public that an additional individual radiation dose of 1 millisievert per year (mSv/y), which it has announced as a long-term goal, cannot be achieved in a short time by decontamination work alone.

It also encouraged the relevant institutions in Japan to assess the role that the Nuclear Regulation Authority (NRA) could play in the independent review of the remediation activities, particularly those required for the long term.

In addition, the mission encouraged the relevant organizations to conduct safety assessments of the facilities and activities for the long-term management of contaminated materials, and to allow for their independent review.

The 16-person team consisted of international experts and IAEA staff working in a range of disciplines, including radiation protection, remediation technologies, waste management and stakeholder involvement.

It assessed comprehensive information provided by the Japanese authorities and held discussions with the relevant institutions, including national, prefectural and local institutions. It also visited the affected areas, including several sites where remediation activities were conducted and some temporary storage sites for radioactive waste and soil, as well as a survey area for an interim storage facility, and a demonstration facility for incineration of sewage sludge.

The team’s preliminary report was presented to the Government today and the final report is expected in December.