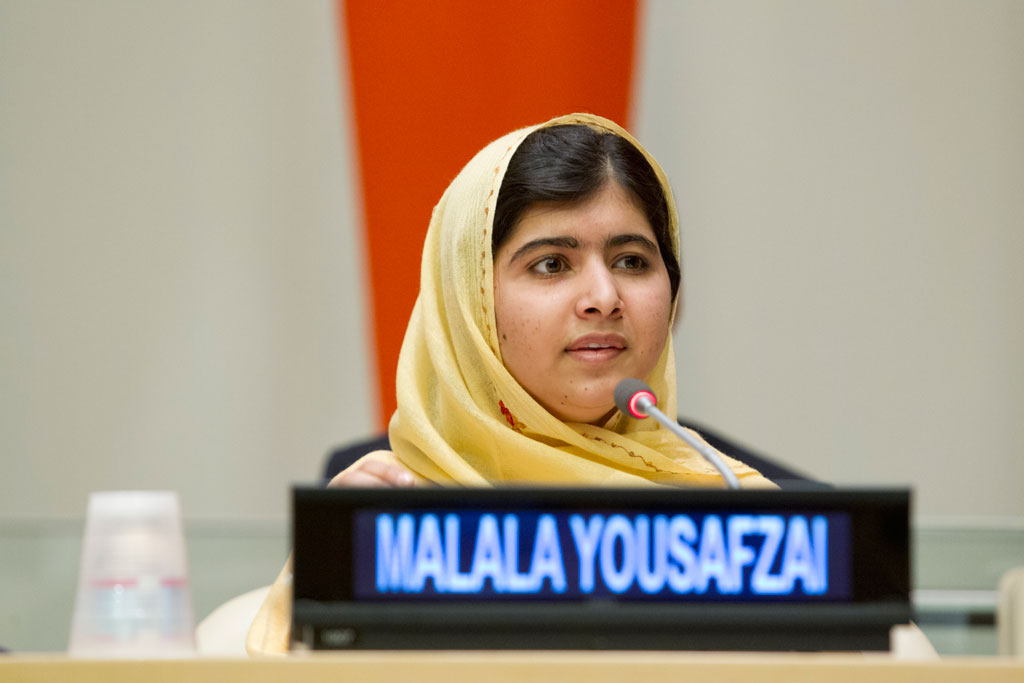 A well-known Pakistani student activist and an anti-slavery campaigner from Mauritania are among the winners of the 2013 United Nations Human Rights Prize, it was announced Thursday.

The Prize, which is bestowed every five years, is an honorary award given to individuals and organizations in recognition of outstanding achievement in human rights. Previous recipients include Amnesty International and former presidents Jimmy Carter and Nelson Mandela.

“The Prize is an opportunity not only to give public recognition to the achievements of the recipients themselves, but also to send a clear message to human rights defenders the world over that the international community is grateful for, and supports, their tireless efforts to promote all human rights for all,” a news release issued by the Office of the High Commissioner for Human Rights (OHCHR) said.

The six winners announced today are: Biram Dah Abeid of Mauritania, a son of freed slaves who works to eradicate the heinous practice; Hiljmnijeta Apuk of Kosovo, a campaigner for the rights of people with disproportional restricted growth (short stature); Liisa Kauppinen of Finland, President emeritus of the World Federation of the Deaf; Khadija Ryadi, Former President of the Morocco Association for Human Rights; Mexico’s Supreme Court of Justice (the Constitutional Court); and Malala Yousafzai, the Pakistani schoolgirl who was shot by the Taliban for attending classes and is now a renowned education activist.

The award ceremony will take place at UN Headquarters in New York on 10 December 2013, as part of the annual commemoration of Human Rights Day, which will this year include the observance of the 20th anniversary of the creation of OHCHR and the adoption of the Vienna Declaration and Programme of Action.

Among the events in Geneva today to mark the 20th anniversary was a discussion on issues such as the balance between security and privacy online, and a performance by musician Salif Keita of Mali, who was born with albinism and has been working to raise awareness about this condition.

In her opening remarks Thursday, High Commissioner for Human Rights Navi Pillay underscored the significance of the two documents adopted at the World Conference on Human Rights, held in the Austrian capital in 1993.

“The Vienna Declaration and Programme of Action crystallized the principle that human rights are universal. It committed States to the promotion and protection of all human rights for all people, regardless of their political, economic and cultural systems,” she stated.

“Today, human rights are increasingly permeating all corners of the work of the United Nations, and that is fundamentally changing the way the United Nations works with national authorities and the international community.

“The key now is to implement the laws and standards to make enjoyment of human rights a reality on the ground. Unfortunately, too often, the political will, and the human and financial resources, to achieve this are lacking.”

The High Commissioner said the 20 years since Vienna have seen many setbacks and a number of tragic failures to prevent atrocities and safeguard human rights. “In several instances where deplorable, large-scale violations of international human rights law were occurring, the international community was too slow, too divided, too short-sighted – or just plain inadequate in its response to the warnings of human rights defenders and the cries of victims.