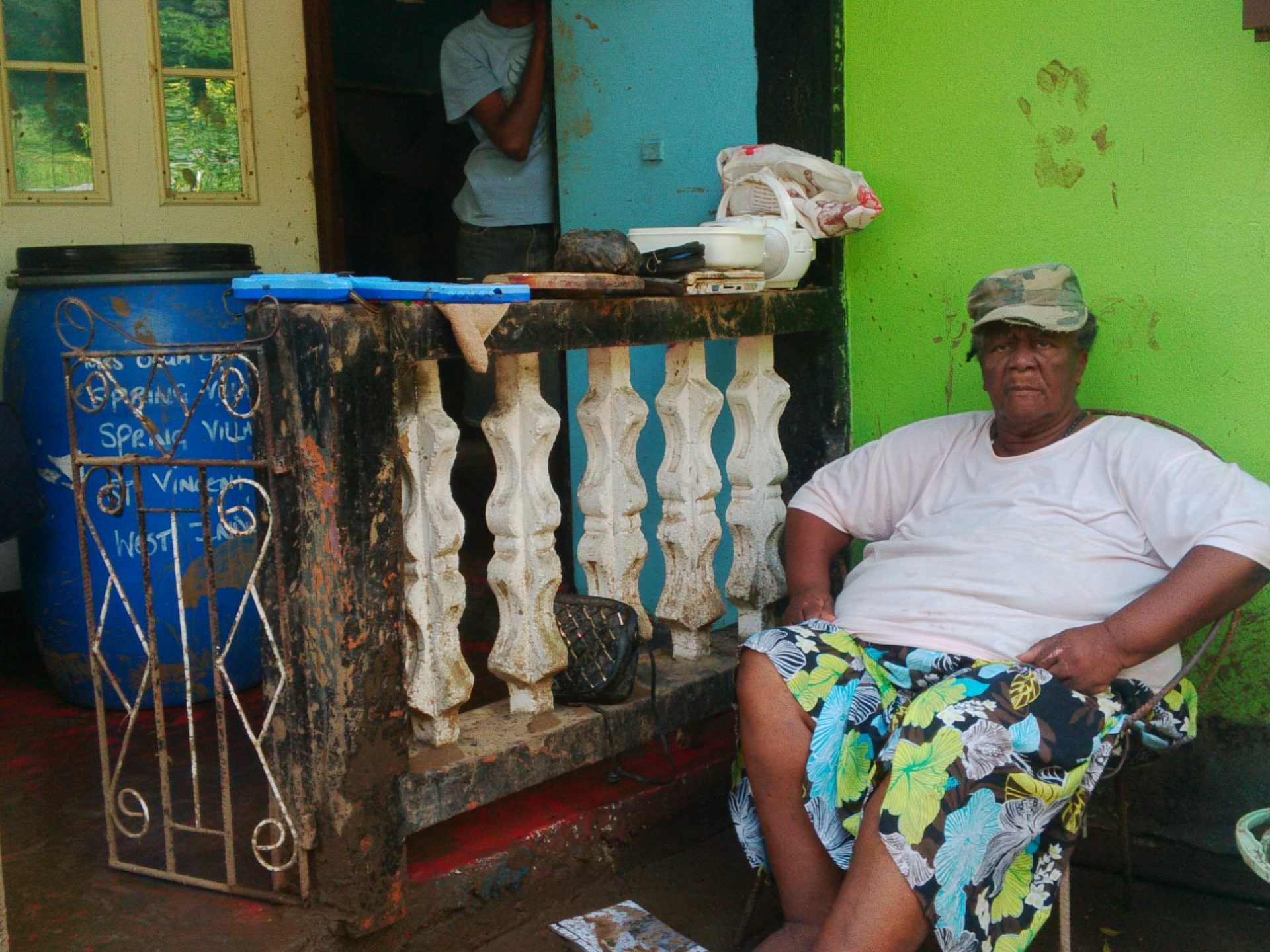 Prime Minister Dr. Ralph Gonsalves is today, Friday, leading a delegation to North Leeward, where the extent of the devastation has begun to unfold.

Five persons remain missing, while eight have been confirmed dead after the landslides and flooding triggered by a trough system Tuesday night — Christmas Eve.

Acting Commissioner of Police, Michael Charles, who is part of the tour, told I-Witness News that police teams dispatched to Buccament Bay, where at least four persons are missing, are essentially on a recovery mission.

He said the Coast Guard has been deployed also, but added that the chances of finding anyone alive after three days are slim.

So far, Gonsalves has stopped in Penniston in South Leeward, where several houses were flooded and a river now runs through the Emerald Valley Casino.

In Spring Village, 63-year-old Rita Charles, who has problems with her legs and cannot walk well on her own, detailed to I-Witness News how the house in which she, her children, and her grandchildren live was flooded out.

She sat in the patio of the house, some of its former contents, including mattresses, soaked and discarded in her yard.

What was left inside is useless also. She has been staying at a shelter and with relatives and underscored the urgent need for help.

The bridge main bridge in Spring Village, which links the North Leeward Highway, has been seriously compromised but remains standing. The wreckage of a white car is pinned against one of the supporting columns of the bridge.

The disaster is unfolding about eight miles away from Rose Bank, where five people died when a house collapsed. Gonsalves will also visit that area today.

Residents have been detailing to Gonsalves and his delegation the extent of their loss. In Spring Village, water was yet to be reconnected at 10 a.m., and some villagers were washing in the river while, in a nearby gutter, a piece of PVC pipe was being used to channel waters into jerry cans.

Gonsalves has been working the phone during the tour and has told journalists travellign with him  that representatives of several financial institutions, both local and foreign, will attend a meeting in Kingstown on Saturday.

He has also contacted several leaders from across the region, he also told journalists.

Several areas of St. Vincent have been declared disaster zones, while a Level 2 disaster has been declared for the whole country, meaning that some external assistance is needed.

North Leeward remained cut off from the rest of the country until late Thursday.

Gonsalves, was vacationing in Europe but cut short his visit and return to the country on Thursday. He addressed the nation shortly after his return.