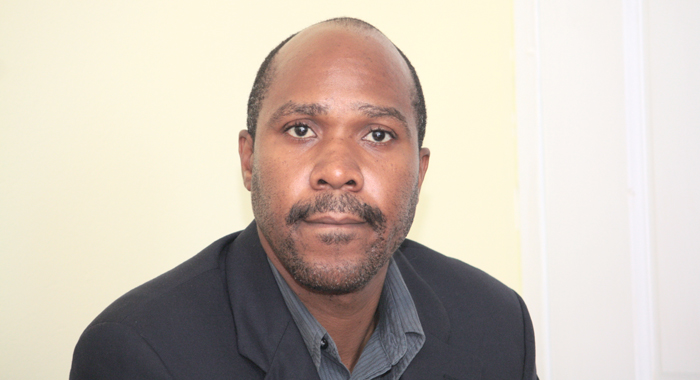 The New Democratic Party-sponsored “New Times” programme on Nice Radio will be placed “on a proper footing” from today (Monday), in the wake of demands that host Ernesto Cooke has made of the party.

Vice-President of the NDP, St. Clair Leacock, said on Friday that Cooke has laid out to the NDP three criteria for his continued hosting of the daily radio show.

“He needs to get back his vehicle that he hasn’t had, he shouldn’t be spending money out of pocket to get to and from the radio station, and I suppose — he didn’t spell it out in so many terms — he probably wants to get all his monthly salaries on time,” Leacock said.

Leacock said that in the wake of the Christmas floods, the NDP decided that they could not wait until January to recommence the radio programme, after the usual Christmas break.

Cooke was overseas at the time.

“And it fell upon me to host the programme and to take it in a particular direction. And we saw a programme evolving, which we thought could be useful — not just I host it, but other Parliamentarians and caretakers could host it and double up,” Leacock said.

Leacock said he informed the manager of Nice Radio, Douglas De Freitas, that Cooke had returned and would resume regular hosting of the programme.

De Freitas, Leacock said, agreed that there should be a proper transitioning, and therefore both Cooke and Leacock hosted the programme together that day.

“But Mr. Cooke also said to me before he went on radio that morning that he would not continue doing the New Times programme unless certain things were put in place,” Leacock siad as he listed Cooke’s terms.

“Now, all of what he said is probably fair and he said he would indicate that to Mr. [Arnhim] Eustace (leader of the NDP), and that is also fair,” Leacock said.

“But if Mr. Cooke takes those positions, you have to make the next step to be on the Facebook and the popular media speaking ill, or speaking bad, or all the other insinuations about the institution for which you are working?

“After all, it’s only a few months before you wanted to be a candidate,” Leacock further said.

Last year, Ben Exeter defeated Cooke to become the NDP’s candidate for Central Leeward in the next general elections, constitutionally due in 2015.

“… people who want to be representatives at a political level have to have wilderness material, have to be able to go for long, arduous times, and stickability to what it is, and you don’t buckle under the first weight and under the first pressure; you don’t wilt like that. You hold on until you get your end result,” Leacock said.

“And when these things happen, it is painful, because some of us, like many of our supporters, are making such a sacrifice for a better St. Vincent and the Grenadines through the New Democratic Party.

“And it is extremely painful when we have to explain these kinds of issues.

“And I really hope, and I believe that the matter has been resolved, and I am confident that the programme will be put on a proper footing from Monday (today)…” Leacock said.