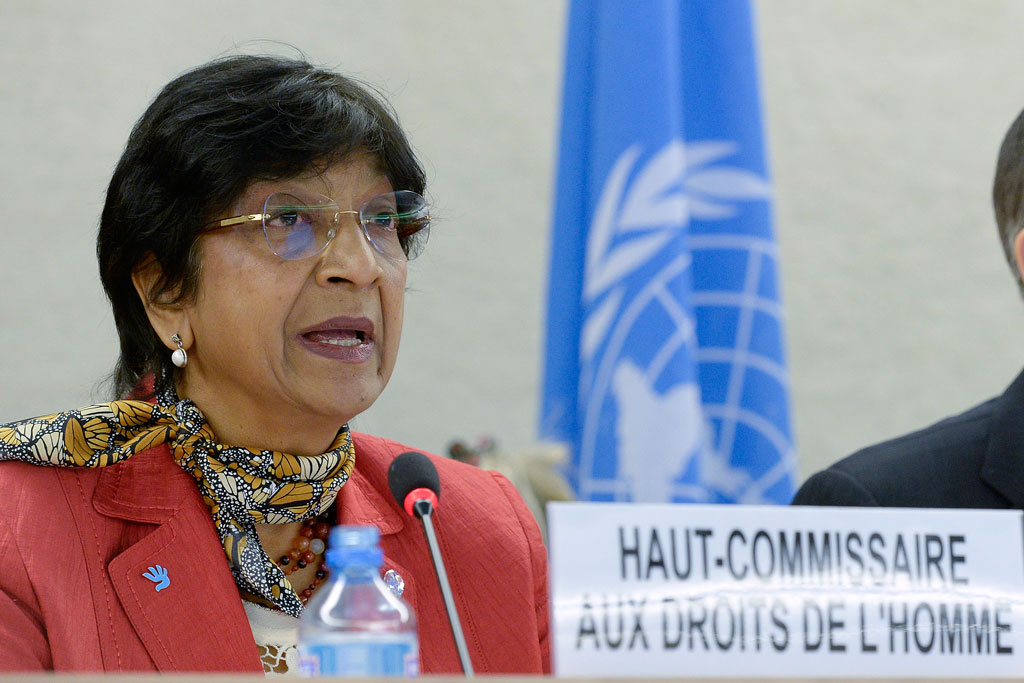 Noting that more and more people around the world are taking to the streets to lay claim to their rights, United Nations officials opened the latest session of the Human Rights Council in Geneva on Monday with calls for the protection of members of civil society who pursue justice in their countries.

“Streets, airwaves, entire countries are buzzing with demands for economic, social and political justice,” UN High Commissioner for Human Rights, Navi Pillay said, as she opened the high-level segment of the 25th session of the Council, the Organization’s major human rights organ.

The session, which runs through March 28, will include presentations by the independent commissions of inquiry on the Democratic People’s Republic of Korea and on Syria, as well as discussions on human rights mainstreaming, the death penalty and genocide as well as the promotion and protection of civil society activities.

The 47-member body will also review the rights records of members and hold events addressing the prevention of large-scale abuses and on combatting sexual violence in the Democratic Republic of the Congo, along with the annual full-day meeting on the rights of the child and the annual debate on the rights of persons with disabilities.

Setting out this agenda and acknowledging the hard work that lay ahead in ensuring that all people enjoyed equal rights, Pillay emphasized the important role of civil society in those efforts. “We need to work together to ensure that the space, voice and knowledge of civil society is nurtured in all our countries,” she stressed.

Recalling reports of what she labelled “intolerable” reprisals against people who cooperate with the UN’s human rights activities, she called for more action to protect them. “The UN itself is required to protect and support those who contribute to its work, often at great personal risk,” she said.

Secretary-General Ban Ki-moon, also present at the opening, added that, “No one should have to risk their life for standing up and speaking out on violations of human rights and international humanitarian law.”

Ban said that civil society was the representative of “We the Peoples,” as cited in the opening of the UN Charter, and that it must be able to carry out its vital work, “free of reprisals and intimidation.”

In that context, the Secretary-General highlighted the “Rights Up Front” action plan that he launched last year to ensure that human rights considerations were the top priority in all UN activities.

“This initiative seeks to ensure that the United Nations system leverages the full breadth of its mandates to protect people at risk,” he said.

In their opening statements, Pillay and Ban, along with General Assembly President John Ashe, reported progress in legal tools and awareness of human rights, as well as great obstacles in ensuring that everyone enjoyed those rights.

They regretted the continuation of intolerable abuses and impunity for perpetrators in conflicts from Syria to South Sudan and the Central African Republic. Those tragedies, Ban said, “are sad testaments to what can happen when perpetrators feel free to abuse without consequences.”

Ashe, drawing attention to upcoming initiatives on human rights issues in the General Assembly, stressed the human rights relevance of his body’s work in setting the stage for a new international development agenda following the 2015 deadline of the Millennium Development Goals.

Overcoming the rise in inequality around the world and the increasing marginalization of people living in poverty is particularly important in that light, he said.

He too pointed to the importance of civil society in pursuing those goals, given “how much courage and fortitude is required by those who champion human rights, when it is so easy to look the other way or take a less courageous stand.”

They discussed, among other things, the role of human rights defenders and the importance of protecting them from attacks and supporting their essential work, according to a readout of the meeting.