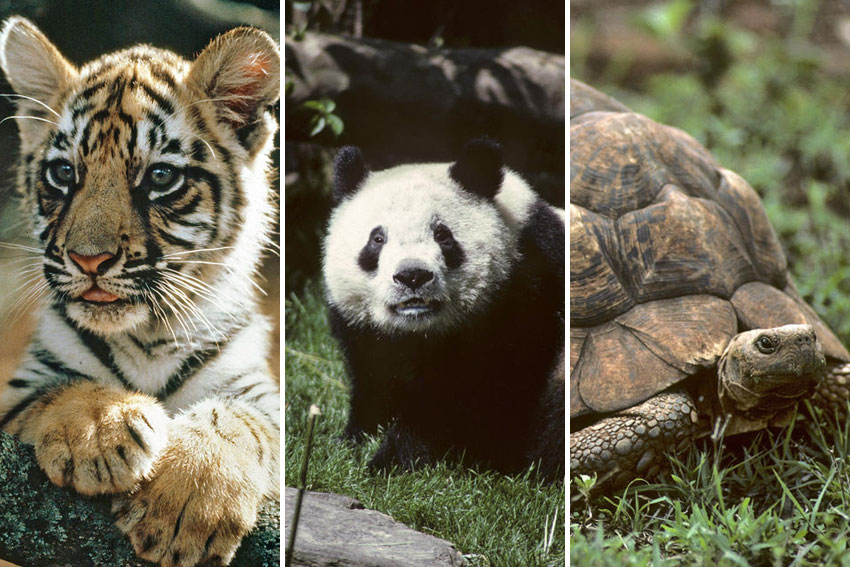 Senior United Nations officials are sounding the alarm that nature is under threat, marking Monday’s first ever World Wildlife Day with calls to protect biological diversity and halt environmental crimes.

“Wildlife remains integral to our future through its essential role in science, technology and recreation, as well as its place in our continued heritage,” Secretary-General Ban Ki-moon said, adding that some of the world’s most charismatic animals are in immediate danger of extinction as a result of habitat loss and illicit trafficking.

“I urge all sectors of society to end illegal wildlife trafficking and commit to trading and using wild plants and animals sustainably and equitably,” Ban noted in his message for the Day.

Speaking at the opening Monday in Geneva of the “Wild and Precious” exhibition, which includes photographs of dancing mantas, magnificent elephants, iconic apes and majestic trees, Ban noted that, sadly, many of the world’s most charismatic species, as well as lesser known but ecologically important plants and animals, are in immediate danger of extinction. “Wildlife is part of our shared heritage. We need it for our shared future,” he stressed.

General Assembly President John Ashe, who was also in Geneva, noted that the world’s wild fauna and flora ought to be celebrated for they bring so much to the human family.

“The exhibition we open today illustrates how animals, insects, plants and trees are all unique pieces forming the beautiful mosaic of our natural environment. Not only do they sustain our livelihoods, they are an integral part of our cultural heritage through tales and legends, symbols and traditions,” he stated. “In the complex symphony of nature, each and every species plays an essential part to maintain the delicate balance of our planet’s ecosystems.”

The UN General Assembly designated March 3 for the World Day to coincide with the adoption of the Convention on International Trade in Endangered Species of Wild Fauna and Flora (CITES), an international agreement between Governments of 176 Member States. Administered by the UN Environment Programme (UNEP) in Geneva, its aim is to ensure that global trade in close to 35,000 species of plants and animals does not threaten their survival.

The CITES Secretariat, in collaboration with UN agencies, implements the aims of the World Day. The Convention’s Secretary-General, John Scanlon, echoed Ban’s message, calling on everyone celebrating the Day “as citizens and as consumers” to bring the illegal billion-dollar industry to an end.

“Let’s work for a future where people and wildlife coexist in harmony,” Scanlon said.

Wildlife crime is another form of organized crime and fuels trafficking and terrorism, the UN Office on Drugs and Crime (UNODC) has said.

In his message for the Day, Executive Director Yury Fedotov stressed that the UNODC is active in two areas essential to reducing such crimes, demand reduction and sustainable livelihoods to combat failure in our “stewardship of this planet’s biodiversity.”

He emphasized the importance of breaking with the past traditions that help drive these crimes, noting that “young people are the next generation of potential purchasers of illegal wildlife commodities. Working globally, we can deliver science-based information to young people and help dispel the misinformation.”

For example, African elephants are poached for ivory, often sold in Asian markets with third countries acting as transit points for this illicit trade, according to UN figures.

Cutting demand means changing the attitudes of consumers in these countries, and working with authorities to combat wildlife crime through a series of national and cross regional enforcement crackdowns.

Last year, China organized its first ever crush of illicitly traded ivory, and in 2012, a national campaign mobilised 100,000 officers country-wide to partner with authorities in 28 other countries in a collaborative enforcement effort to stop the trade.

This year’s World Wildlife Day falls within the UN Decade on Biodiversity, which started in 2011, to promote the implementation of a strategic plan on biodiversity and its overall vision of living in harmony with nature.

“We have a stronger economy, diverse food products and advancements in medical research all as a result of wildlife and natural ecosystems,” Braulio Ferreira de Souza Dias, Executive Secretary of the Convention on Biological Diversity (CBD), whose message, along with a host of others, appears on the World Wildlife Day website [http://wildlifeday.org/].

Irina Bokova, head of the UN Educational, Scientific and Cultural Organization (UNESCO), noted that the UN agency’s global network of World Heritage sites and Biosphere Reserve are home to some of the most emblematic and threatened wildlife species, including mountain gorillas, pandas, tigers and different species of rhino.

“I call upon all actors — including, government authorities, nongovernmental organizations, customs services, police forces and the scientific community — to redouble their efforts and deepen cooperation,” she said. “Only by joining forces can we craft a sustainable future for the planet’s precious wildlife and biodiversity.”