Did Camillo Gonsalves lie in his open letter? 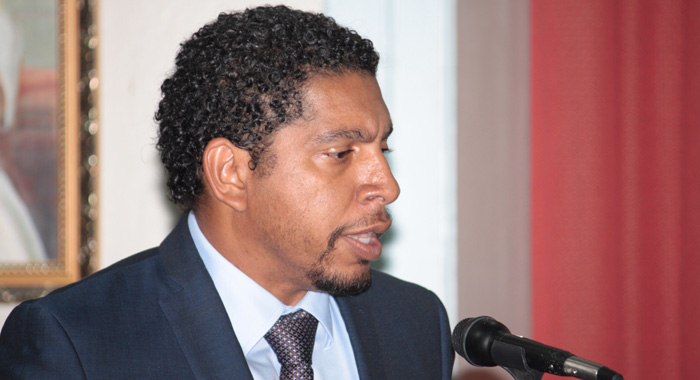 “I am not upset that you lied to me; I am upset that from now on I can never believe you.” Friedrich Netzsche

Each day, I get the impression that Ralph Gonsalves and his clan are really convinced that Vincentians are all idiots and therefore they go out of their way to treat us as such. I follow with interest the issue as it relates to the validity of Camillo Gonsalves’ senatorial appointment. I was not one who took this claim seriously, but if there were questions as to the validity of the senatorial appointment in the minds of a cross-section of the citizenry, then those concerns must be addressed and the relevant explanation must be given.

Like his father, it seems that Camillo is of the misguided opinion that St. Vincent and the Grenadines and its citizenry owe them something. He (Camillo) has not yet understood that as an appointed politician he is a servant of the people and not the boss of the citizenry. Ralph Gonsalves understood this very well after contesting seven or more general elections and did not even get one per cent of the votes in his constituency. He understood the principle of being a servant of the people when he spent a weekend at Sir Lambert Eustace’s residence trying to beg his way into a senatorial position when Mitchell’s NDP slate of candidates won all 15 of the electoral seat in the St. Vincent and the Grenadines house of parliament. How soon have he and his offspring forgot from whence they came?

It seems like Camillo Gonsalves is upset that a cross-section of the community question the legitimacy of his senatorial appointment. I am wondering if in Camillo’s explanation he lied to the nation? Camillo Gonsalves claimed that he renounced his American citizenship sometime before he took up the senatorial position and the post of minister of Foreign Affairs. The question I will like to ask, “Did the young senator li in his open letter when he said he renounced his citizenship some time before he took up his senatorial position?”

Although most countries do not have a formal procedure by which one can renounce their citizenship, the acquiring of a foreign passport is good enough to exempt an individual from any responsibility of his renounced nation. In the United States, it is not so. The United States has a formal procedure to facilitate anyone who chooses to make such an important decision. The United States is a country that takes the welfare of its citizen outside of the U.S. seriously. As a result, there must never be any doubt as to the nature of an individual’s relationship with this great country. This country leaves nothing to chance.

If a citizen of the United States makes a conscious decision to renounce his or her citizenship, he or she is required to go in person to an embassy or consulate outside of the United States and sign before a consulate officer under oath or affirmation his intention to renounce his or her citizenship. The consulate officer will interview him or her to ensure that his decision is voluntary and intentional. Upon qualifying the individual action is voluntary and intentional then the necessary paper work will be completed to effect the renunciation of the individual citizenship.

I truly hope, that young senator Camillo Gonsalves, is not walking in the same path of his father Ralph E. Gonsalves: a path of unnecessary lies.

10 replies on “Did Camillo Gonsalves lie in his open letter?”