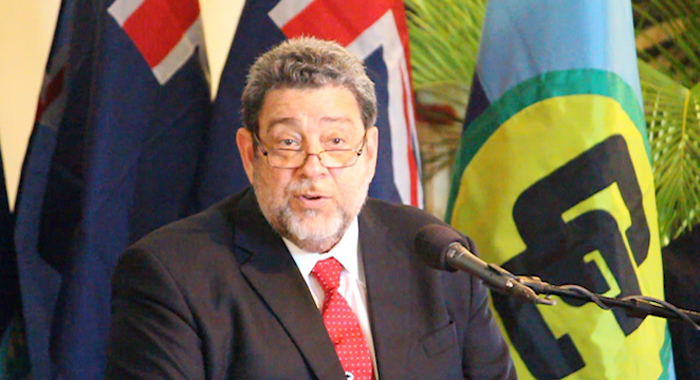 CARICOM leaders wrapped up their two-day summit in St. Vincent and the Grenadines Tuesday night with its chair, host prime minister, Ralph Gonsalves, saying that the meeting was “very successful”.

“We had 20-odd items on the agenda and we completed the agenda,” he told reporters in the post-meeting press conference around 9 p.m.

Among the issues leaders discussed was the controversial, proposed decriminalization of marijuana for medicinal purposes, a discussion initiated by Gonsalves last year, before he became chair of CARICOM.

Two CARICOM member states — Grenada and Barbados — have signalled their objections to the decriminalising the drug.

Meanwhile, Jamaica has said it intends to decriminalize, by the end of this year, the possession of small quantity of the plant — even outside of a CARICOM framework.

On the other hand, Gonsalves has suggested that St. Vincent and the Grenadines will only push ahead if there is a CARICOM decision. =

He said the discussions explored the economic benefits that might be derived from “marijuana cultivation, in a structured sense.

“Concerns were raised regarding the potential public and mental health aspects of the use. Conference recognized the need for careful, in-depth research of the various implication of the measures which are within the contemplation of the heads and mandated the establishment of a regional commission to address the issues identified and others which are deemed relevant in order to provide clear guidance to the conference with regards to the decisions to be taken,” Gonsalves told reporters.

The commission is expected to report to CARICOM at its next heads of government meeting in July.

“Through this particular modality, we are taking, obviously, more than baby steps. We want the issue to be addressed in a serious, mature manner,” he said.

Sustained efforts over the next two years should be on building a single ICT space “as part of the digital layer of the Caribbean Single Market and the Economy,” he further said

Gonsalves said that Prime Minister of St. Kitts and Nevis, Denzil Douglas, made a presentation on human resource development.

He said the strategy will form the basis for converged action by member states for the creation of a framework for the CARICOM educational agenda.

“Obviously, we are not starting with a blank slate. And we are building upon work that all of us have been engaged in to carry out transformative, revolutionary work in the field of education.”

A “centre piece” of the discussion” focused on the economic situation facing member states and the fashioning of a framework for regional growth and development.

Gonsalves said regional heads welcomed the preliminary report from the CARICOM Commission on the Economy.

The commission was established last September to advise on a sustained growth strategy for CARICOM.

“We accepted the report as a work in progress which would be refined and supplemented with an implementation timetable for consideration by member states at our July meeting in Antigua and Barbuda,” he said.

They also agreed on the establishment of a taskforce on climate change and Small Island Developing States, to provide guidance to Caribbean negotiators.

“We had a very good paper on the subject…” Gonsalves said.

“This is an existential matter for our region.”