Gonsalves wants home-grown honours — but constitution, head of state too 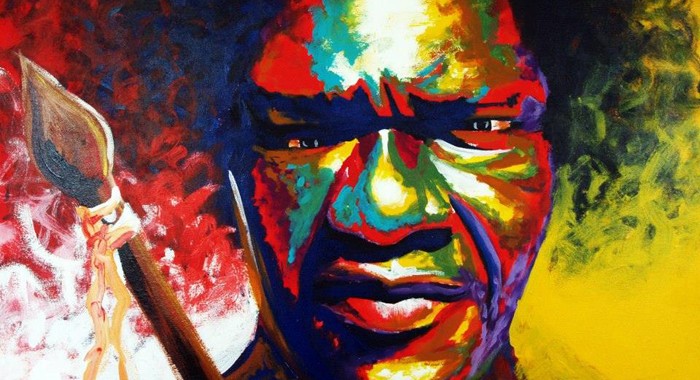 He made the point at the annual   wreath-laying ceremony at the obelisk in Dorsetshire Hill, where the Right Excellent Joseph Chatoyer, the nation’s only national hero, died on March 14, 1795 in a battle with the British.

Gonsalves comments seemed to have been made in response to former minister of culture, John Horne, who represented Opposition Leader Arnhim Eustace at the event.

Horne, a member of the Eustace-led New Democratic Party (NDP), who also represents Eustace on the National Heroes Selection Committee, said that there are many exemplary Vincentians, who do not meet the criteria for National Hero status.

“It is imperative, therefore, that a structure of carefully crafted national honours is put in place to replace the current British colonial honours under which we continue to operate,” he said, adding that Chatoyer would have supported such a system.

He further suggested a British firm founded in 1666, which, he said, “can provide all the help we need”.

Horne further suggested a wide range of award to cover many sphere of endeavours.

His comments were in apparent reference to the proposed revised constitution, which Vincentians rejected in a referendum in 2009. The NDP had campaigned against the document, which was the result of a seven-year process that initially began with bipartisan support.

“I don’t think that logically we can vote to keep a British monarch and then look askance at British honours,” Gonsalves said.

“If we are serious about removing British honours, there must be a galvanizing national movement from today to have a home-grown head of state and I would be at the head of the queue with others who would wish to join,” Gonsalves further said.

He, however, said Horne “is quite right that in the determination of national heroes, we must not on narrow political or any other grounds seek to elevate someone as a national hero.

But, equally, we must not allow political prejudices or notions tainted by such prejudices to deny someone who ought to be legitimately accorded that office,” Gonsalves said.

Cabinet has appointed a committee to propose name of persons to be appointed as national heroes.

“I await with some anxiety — not born of whom will be submitted, but anxiety for a hastening of the process, so that we can put before the people other candidates, having been determined through the process as outlined in the act to be national heroes in addition to the Right Excellent Joseph Chatoyer,” Gonsalves said.

3 replies on “Gonsalves wants home-grown honours — but constitution, head of state too”