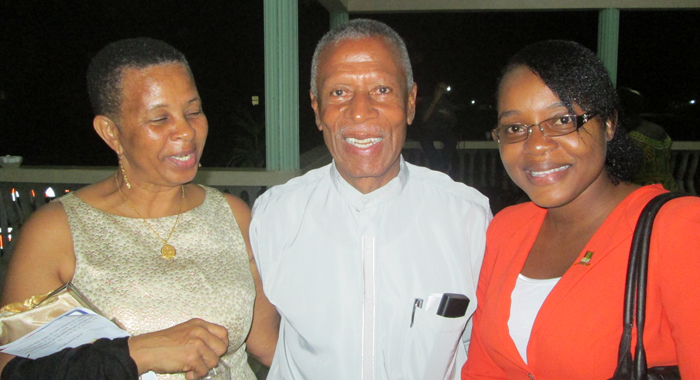 Founder and Leader of the Democratic Republican Party, Anesia Baptiste was the featured speaker at an International Women’s Day Symposium in Grenada on March 8. Baptiste was invited to give the address by the Women’s Arm of the National Democratic Congress (NDC) of Grenada, Carriacou and Petit Martinique, which is currently in opposition.

The theme of the symposium was “NDC Women Inspiring Change in Challenging Times”. The symposium heard addresses from various women speakers including former president of the senate in Grenada, Joan Purcell.

Baptiste addressed practical ways in which the women can inspire change and also introduced the women to the Washington D.C. based International Republican Institute’s Women’s Democracy Network, of which she is a member.

Highlighting the need for more women in leadership positions, Baptiste mentioned December 2013 statistics from the Inter-Parliamentary Union, which shows that despite having over 45,000 members of parliament worldwide, only 9,608 are women.

Baptiste encouraged women to get educated on various changes in law which impact upon their inalienable rights and freedoms and also to advocate for change to dangerous provisions.

She also stressed the need to propose changes for the strengthening of God-given rights and freedoms.

“Your presentation was awesome, excellent and well executed,” said Vice President Elizabeth Forsyth, adding, “The quality of advice you gave to us cannot be measured except we put it to work.

“We need to raise the bar as you said. We could not have desired better from you. I am so glad we were able to have you.”

The Women’s Arm also presented to Baptiste’s DRP, gifts to help some women and children affected by the recent flood in St. Vincent.

The gifts included clothing and a monetary donation.

Baptiste thanked the NDC for their contribution and expressed thanks to the people of Grenada, Carriacou and Petit Martinique for their support of Vincentians in the aftermath of the flood disaster.

One reply on “DRP leader featured at symposium in Grenada”