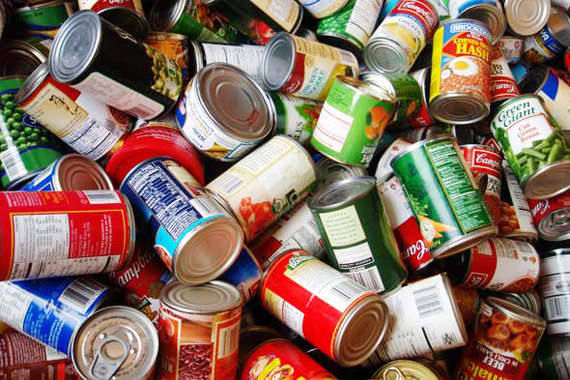 The event will see canned foods being collected for needy persons.

The Intermediate High School (IHS) RBC/RBTT Young Leaders will on Saturday hold a charity event dubbed “Yes we can fest”.

The event will be held on the school’s compound at Mc Kies Hill and forms part of the group’s 2013-2014 RBC/RBTT Young Leaders project.

“Yes we can fest” is a fair-like activity where talented students will perform while a number of local disc jockeys, including DJ CJ and DJ Bones, will provide entertainment.

The event begins at 2 p.m. and interested persons can gain entry by presenting three cans at the door, or a donation of EC$10.

The “Yes we can fest” compliments the Young Leaders’ breakfast programme, which feeds less fortunate students at the school.

One of the Young Leaders’ coordinating teachers, Kimberly Young-Compton, said that the group came up with the idea as they were looking at ways that they can positively impact the needy children that attend the school.

“Along the same lines as the breakfast programme, we decided to have the can fest … Some of the food cans collected will be distributed in the community where our needy children live, while some will go directly to their homes to benefit them as well as, by extension, their entire household,” said Young-Compton.

She added that the breakfast programme and the can fest fit with their adopted theme, “Socio-Economic Diversity- Varying Family Structures, Collective Strengths, Bridging the Gap to Benefit All”.

“We have invited students from neighbouring schools so we can bridge gaps and benefit those who most need it,” added Young-Compton, who stressed that security will be provided at the event by the Royal St. Vincent and the Grenadines Police Force.

“I am already feeling the support as students have already been bringing in their cans, Young Leaders have been distributing and sticking up flyers in vans and around Kingstown … Many persons have been helping to advertise the event on Facebook as well as on BBM and WhatsApp”.

Meanwhile, the group’s president, Orlicia King, said that the event will showcase some very talented students from the HIS “who are very excited to perform … so together yes we can help those who need it”.

This year, the schools are doing their project under the theme, “Diversity: the 21st Century Imperative”.