Reparations arguments too weak and one-sided 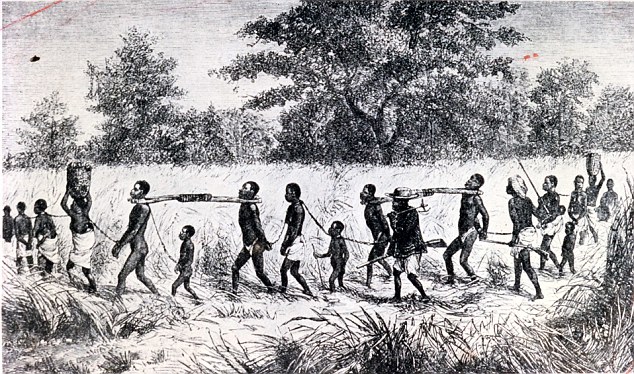 I found myself at a reparations forum held at Kingston College, Jamaica, on the April 15.  I must say that my hopes of hearing better arguments in support of reparations were not realised.  However, I did get a first-hand understanding of the tactics that those calling for reparations use — half-truths and emotionally over-charged and baseless arguments.

The main speaker, Professor Hilary Beckles, presented several arguments that could never survive in any reasonable court.  The professor’s claim that Jamaica experienced genocide during slavery based on the 1.2 million persons who were sent here as slaves against the 300,000 persons who were here in 1884 is a good example.

What the professor forgot to mention was that that 1.2 million includes those Africans who were shipped here throughout the entire slave period, many decades before.  Most of them would not have been alive in 1834 even if they have lived to a hundred.  By 1834, most would have already died on account of old age alone.  That 300,000 is a good representation of the number that would have been here even if there was no slavery.

The professor noted that the Durham conference said that slavery should have been a crime.  Of course, we in the 20th and 21st centuries can say anything.  The notion of slavery being a crime is perhaps the greatest example of how slavery has been taken out of its correct historical context.  The truth is that the average person in the 19th century and the centuries before saw slavery as normal.  I must mention that by “average person”, I also mean our black ancestors.

The Jewish holocaust also came up.  Any attempt to compare this with slavery is invalid for several reasons.  Anti-Semitism was normal in Europe during and before the holocaust.  So when Hitler was marching the Jews off to the camps supposedly to work as far as the average German knew, but actually for extermination, most Germans didn’t give the “worthless Jews” a second thought.

Hitler was fully aware that what he was doing to the Jews was wrong.  That was why he likened British reports of it as lies designed to discredit the Nazi regime.  Hitler was clearly embarrassed by the holocaust, that’s why he ordered the anti-Semitic posters all over Germany to be removed during the 1936 Olympics.  Notice that the extermination facilities were placed deep in the woods?  Indeed, had the average German knew what was really going on, Hitler would not have lasted and he knew it.

Slavery was very different.  Our ancestors in Africa openly and proudly exported Africans to the West, and as we all know, the Europeans had no moral qualms in buying them.

The professor noted that the British claim that slavery was important to them is a good argument that can be used to condemn them.  However, the African governments that were exporting slaves made the same claim.  Indeed, when Britain began her naval blockade to halt the trade, African governments sent delegations to Britain, urging a lifting of the blockade — so that their economies can be saved.  The maroons in Jamaica signed that treaty that obligated them to help preserve the slave system on account of their need to survive.

Then the professor noted that the reason why the British are being pressed more than any one else for slavery is because they got the most out of it.  But why should we damn the British because they were good at what they did?  Also, they weren’t the only ones to profit from slavery.  At one point the Ashanti was one of the most powerful kingdoms in Africa.  Theirs was an economy that was almost entirely based on the export of slaves.  Why aren’t they being damned too?

This argument is like saying that the only time a would-be bank robber is to be prosecuted is if he was successful in getting any money.  If he broke into the bank but didn’t get anything then he should not be charged!  Total nonsense!

As for repatriation, that plan is totally impractical — it cannot happen.  However, it would be interesting if the leaders of those calling for repatriation would lead by example and go back to Africa on their own, as many of them have the means to do so.  Alas, I am sure most really would not want to go — and for obvious reasons.

One last point — the issue of the Zong came up.  Over 140 slaves were thrown overboard to enable the slavers to collect on the insurance money.  Accounts like these were used by the professor to whip up emotions against European involvement in slavery.  However, it’s a pity the professor didn’t tell the forum about the millions of Africans who were killed in Africa, by Africans when they were being sent to the slave ships.

Did you know, for instance, that when the Africans were preparing slaves to be placed on ships, the excess slaves who could not be carried were not freed but beheaded by their African captors?

I am certain that when those of us who are demanding reparations go to Europe to plead the case; they will be seen as a laughing stock.  I have no doubt that the Europeans will run rings around these weak arguments.  It is certain — the Europeans have no reason whatsoever to pay us anything.

6 replies on “Reparations arguments too weak and one-sided”