Woman’s Worth: Slave of man’s lust? 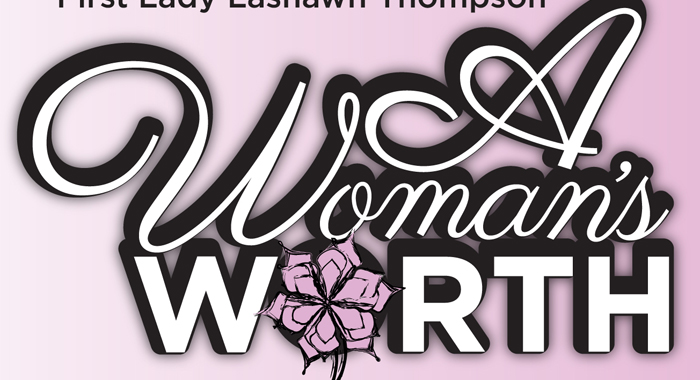 (Dedicated to Pat Robinson Commissiong and all virtuous women.)

The very way society is institutionalised and organised is likely to produce particular calibres of women. The pressures to respectability and moral behaviour in any contemporary society create the need for a perverse underworld of indulgence and promiscuity. Females often contradict the two terms “value” and “worth” to mean the same thing. However, value deals with the amount that can be purchased or price attached to a commodity, whereas worth has to do with the significance and importance of someone or something. Hence, the worth of a woman should never be trivialised.

From a Marxist understanding, women are “comfort products” in a capitalist society; in Engels’ words, “the slave of the man’s lust”. Yet they have surpassed the expectations of many in contemporary societies. Marx and Engels believed that female employment would elevate the status and power of women within the family. Women would be free from economic dependence upon their husbands (Haralambos and Holborn, 1995). The worth of women can be measured to that of being mothers. Mothers bear and nurse children and so have closer and stronger relationship with them. Although women were once seen as “mere instruments for breeding children”, they are the first important figures in their child’s life. In a number of studies of juvenile delinquents conducted by Bowlby, it was found that the most psychologically disturbed were separated from their mothers at an early age. The fact remains, “we will only have one biological mother”.

The woman is mainly responsible for socializing the young. Many sociologists argue whether individuals would have any resemblance of human beings without socialisation. Talcott Parsons posited that the expressive woman provides warmth, security and emotional support, which are essential for the effective socialisation of the young as cited by Haralambos et al. Moreover, Millett believes that men are socialised to have dominant temperament. Women are taught to be passive and men to be aggressive. Hence, men gain higher social status and fill social roles in which mastery over women is exercised. The absence of the husband/father from the homes in so many instances means that the women have to assume the primary responsibility for the children. Women encourage their sons to marry virtuous women and to make their wives companions, not servants.

Proud males concur that women’s true worth is expressed through the stabilisation of the adult personalities. Exploitation and oppression in capitalist societies lead to stress and anxiety. The “desired female” relieves this tension by providing sex, consideration and understanding. This is definitely Talcott Parsons’ “tension management” in action. When a woman applies the expressive qualities to her spouse, the way she applies them to her children then her “significant worth” is evident. What makes a “good man” a “great man”? What turns a king into a great king? “A VIRTUOUS WOMAN”. Profoundly speaking, “women are our comfort spot; our rib, taken from men, refined, then given back to men”. Hence, a woman’s worth cannot be denied.

However, a close examination of contemporary societies suggests that the worth of women is undermined by the actions of women (worth vs. action). Nevertheless, their actions must be understood in light of economic factors. The career woman no longer breed several children, they share comfort if they desire comfort. Ironically, they perceive men as their very own “comfort products” and seek out the best sexual performers. Economic independence and education have given women the lead. They are all over our faces — literally and figuratively. When asked, what is a woman’s worth? Many claimed- diamonds, pearls, and cruises around the world. When asked, why, responses concurred, “because women are worth it”.

In short, it is a man’s world, but what would the world be without women! Women are our mothers, our “comfort others”, the first important figures who teach us the cruel ways of society. Females show courage and strength when they play the roles of moms, dads and breadwinners. Satisfying the emotional, sexual and psychological needs of men have transformed “ordinary men” into “extraordinary men” and have propelled the worth of women. However, women innate predisposition to be less than virtuous makes them vulnerable in a challenging and demanding era driven by economic forces.

3 replies on “Woman’s Worth: Slave of man’s lust?”