BMW up for grabs in Hairoun Carnival promotion 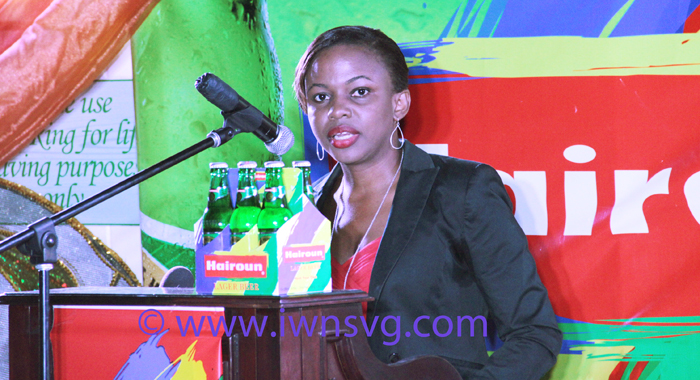 Beer lovers have one very luxurious reason to drink Hairoun this carnival.

St. Vincent Brewery Ltd., bottlers of Hairoun beer, will give away a BMW vehicle as part of its promotions for Vincy Mas 2014, CND Operations Commercial Manager Shafia London-Williams, has announced.

It is the second consecutive year that the company is giving away a vehicle, having given away a Mazda RX-8 in its Hairoun Hai Life Promotion last year.

London-Williams said the “Unlock Your Carnival … Drink Hairoun” promotion for Vincy Mas 2014 is the company’s way of rewarding its loyal customers for their continued patronage.

“The prizes for this year’s ‘Unlock your Carnival’ promotion are numerous and attractive,” she said, adding that they include free Hairoun beer, free show tickets, a partnership with telecommunications provider LIME to give free credit and handsets, instant cash prizes, a man cave, and a trip for two to Crop Over — Barbados’ carnival.

“But, our best prize of all this year — and I am not going to tell you how we are going to give it away — we will be giving away a BMW to a lucky Hairoun drinker for Carnival 2014,” London-Williams further said, adding that the dynamics of the promotion will be unveiled at a launch soon.

During the event in Kingstown, London-Williams and chair of the Carnival Development Corporation Denis Ambrose signed a sponsorship contract, which, among other things, makes Hairoun the official beer of Vincy Mas 2014.

“We proudly use this occasion to associate our brand with our nation’s pride and our strong heritage of carnival, of which Hairoun is no doubt part as it is part of our Vincentian culture,” London Williams said.

Ambrose said the CDC and the brewery have concluded a three-year contract, and noted that the company also sponsors rural carnival, mas bands, calypso tents, j’ouvert and Monday bands.

“The generosity of the Brewery is so far reaching that I will like to urge everyone to support the St. Vincent Brewery by purchasing their family of products — Hairoun Beer, Presidente, Budweiser, Guinness, Vita Malt — so that in return you can give benefit to our cultural activities.

Speaking at the launch event, Minister of Culture Cecil McKie said Hairoun can boast of having one of the better range of products for any company of its type in the region, and lauded the company’s contribution to Vincy Mas.

The launch also included the presentation of sponsorships to carnival mas bands and rural carnivals.