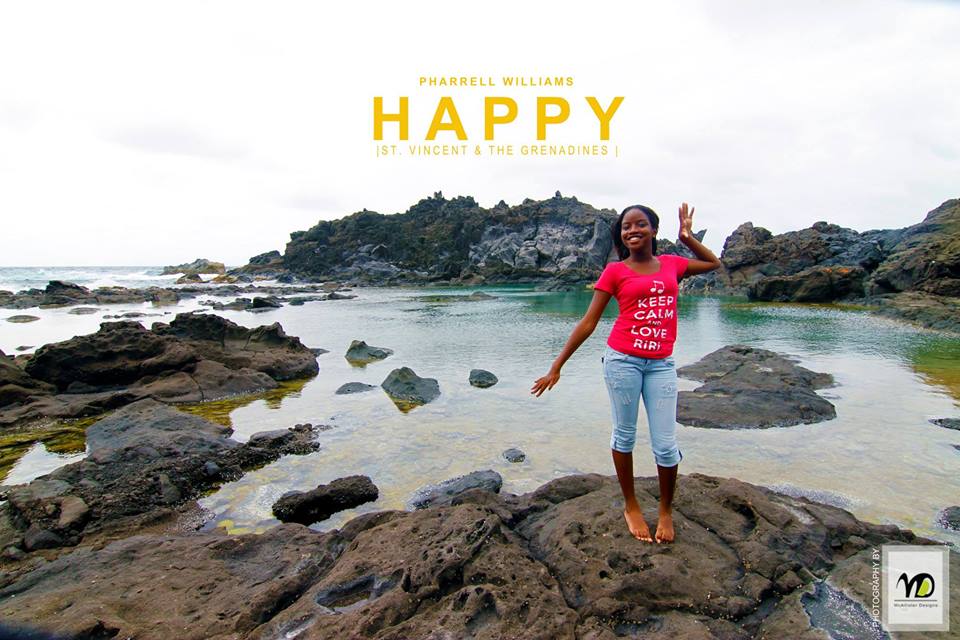 The Happy St. Vincent and the Grenadines video will be released on YouTube today (Friday) at 5 p.m.

The HAPPYSVG video will be the latest in the series of videos that have been produced to illustrate happiness in various countries, after the release of Pharrell Williams’ widely popular song “Happy”.

The Vincentian video was produced by a team that includes Executive Producer Alexei Crichton, Director of Photography Calvert Jones, and Director of Videography, Jeremie Tronet.

Crichton told I-Witness News on Thursday that the team is excited about the unveiling of the video on social media.

“We worked hard on this project, and we like to thank all companies who came on board with us to assist in the completion of the project,” Crichton said.

He also thanked Commissioner of Police Michael Charles for participating along with other members of the Police Force, the Coast Guard, and the Police Band in the HAPPY SVG Parade in Kingstown.

The Tourism Authority has endorsed the video.

(The video will be available below after its is released.)