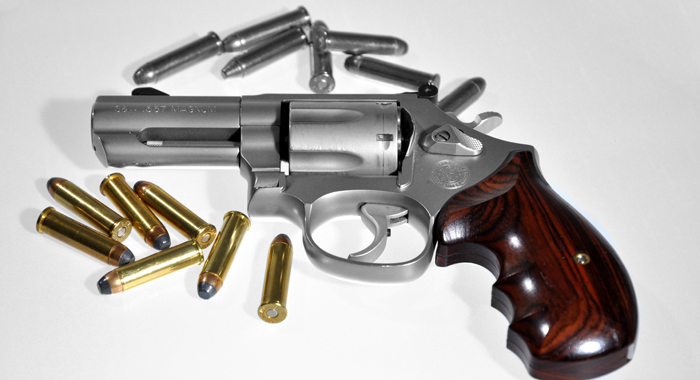 Guns were used in 14 of the homicides in St. VIncent this year. (Internet photo)

Police are investigating two additional gun-related killings in St. Vincent and the Grenadines, the 14th such death this year.

Matthan Slater, a labourer of Union Island, died in hospital around 10 a.m. Tuesday.

He was shot in the abdomen in Kingstown around 2 a.m. on Sunday near “Yanky”, a shop and fried chicken outlet on Higginson Street.

A witness told I-Witness News that an assailant approached Slater, grabbed him by the neck and shot him in the abdomen.

Two persons are said to have searched his pockets while he was lying helpless on the ground, while onlookers asked that the police and ambulance be summoned.

Police are also investigating the death of Keshorn Richards, 23, a labourer of Fair Hall/South Wood.

Richards died in a hail of bullets outside a house in Fair Hall around 8:40 p.m. Tuesday, police say.

The homicide count this year now stands at 20, according to police figures.