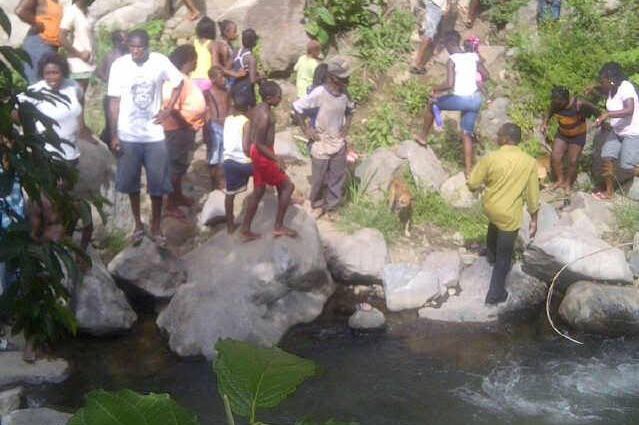 The body of a 51-year-old male resident of Petit Bordel was found in the river in the North Leeward community Monday afternoon.

“He was found apparently drowned in the river sometime after 1 o’clock or thereabout.  A couple years ago, he had a stroke and he suffered from what he call fits (epilepsy), so I suspect he might have gotten a seizure in the river and there was no body to help,” Matthews told I-Witness News.

Matthews said the man’s body was found in a “deep hole” in the river by two other residents who had gone to catch crayfish.