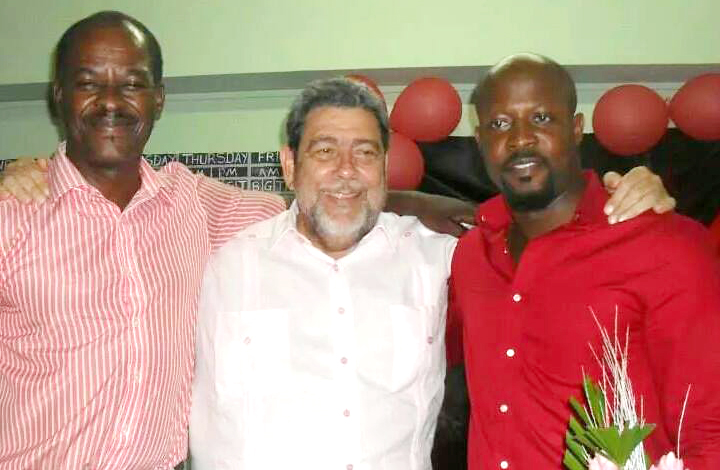 The North Leeward Constituency Conference of the ruling Unity Labour Party (ULP) has recommended Carlos James unanimously as the candidate to be put forward to the selection committee of the party’s national council.

The recommendation came as over 200 delegates gathered in Chateaubelair, for what many expected to be a formality.

James is a barrister-at-law. He was called to the Bar of England and Wales as an Utter Barrister at the Honourable Society of Gray’s Inn, and later to the bar in St. Vincent and the Grenadines as a barrister-at-law and solicitor.

He holds a Bachelor of Laws with honours degree from the University of Huddersfield in the United Kingdom and read for a Masters of Law post-graduate degree at the City University in London, formerly in the Inns of Court School of Law.

He is also a graduate of the University of the West Indies, having pursued courses in media and communication.

Thompson, a physician, who began representing North Leeward in 2001, lost to the New Democratic Party’s Patel Matthews in the 2010 general elections.

He later expressed an interest in running again, but later opted out.

“Jerrol made a good speech for the unity of everybody and that he thinks that Carlos will take the seat. He was very supportive of Carlos, which is really how responsible people do these things…” Gonsalves told I-Witness News.

In a cellphone video posted on Facebook, Thompson tells the conference “… the most important thing is that we all rally behind the young man … We have to stay focused, keep our eyes on the prize. But the most important thing is that we are taking back this North Leeward seat. We are taking this ULP for an unprecedented fourth term in office,” he said of the party, which came to office in 2001 and also won the 2005 and 2010 elections.

On Saturday, the ULP will host a constituency conference in South Leeward, where lawyers Sen. Jomo Thomas and Director of of the Financial Intelligence Unit Grenville Williams are vying to be the candidate.

Both men had said they would abide by the outcome of a poll in determining the candidate.

But there seems to be some discontent among Williams’ supporters.

ULP insiders say Williams was the least favoured candidate according to the poll, which had former senator David Browne in the lead, and Thomas second.

“That might be so, but I expect that everything will go smoothly at the constituency conference.”