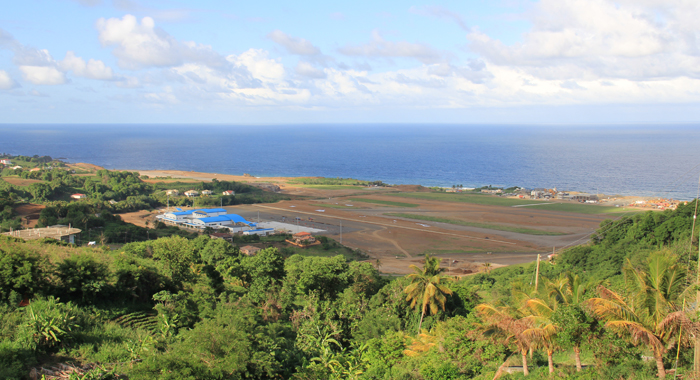 Prime Minister Ralph Gonsalves will today leads his Cabinet on a tour of the international airport under construction at Argyle.

He noted that next week will mark six years since actual construction began on the EC$652 million project, which is expected to be “substantially completed” by the end of this year, and operational by the middle of 2015.

Gonsalves told a press conference this week that various members of the Cabinet have visited the site before, but this visit will be a structured one.

He said his government is yet to receive some monies that have been programmed and this has slowed the progress of the airport “a little”.

There were some problems between two groups of developers in Canouan, resulting in them owing the government US$9.25 million from the sale of State lands.

Gonsalves, who is also Minister of Finance, said he has had offers from two persons in Canouan to buy the debt.

“… so that they will be in a position where they own that portion of these lands. And I am looking at both of the proposals,” he said, adding that the received one Monday morning via email.

The government is also awaiting disbursement of the final $10 million of a $40 million loan from the ALBA Bank in Venezuela.

“We should have gotten 5 of that 10 in July, but I haven’t gotten that yet. When I went down [to Caracas], I raised it. They are supposed to get back to me this week to tell me what’s happening,” Gonsalves said.

“I think there’s a holdup at their en; some bureaucratic issue. But, this is the point: even when the earmark the money there may be something which happens and you just have to make other contingency arrangements to cover meanwhile for us to get all the requisite resources,” Gonsalves said.