Return of Suarez to football 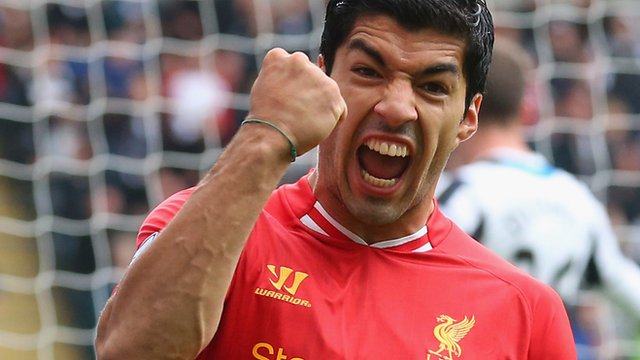 After Luis Suarez disgraced himself by biting Giorgio Chiellini in the World Cup, there were a lot of people, including me, who said that he deserved to be banned from football for life.

FIFA was also outraged, and banned him for four months from all football activity. At the time, it seemed like the right message.

Suarez had scarred the beautiful game’s most attractive asset, and needed to be censured severely. However, it was lovely to see that he had been in touch with the Liverpool squad via text message, wishing them good luck while he prepared for the season in Barcelona, with his new teammates.

Such an action really gets to the heart of the man. For all the violence and abuse he dishes out occasionally, he is fundamentally a decent man. If you ignore the bad things he does, and simply focus on the good — like writing open letters to fans and giving disingenuous praise to Liverpool and text messages having finally got his long-planned move away — you can see that he is a humble, kind man, who, to my mind, is already redeemed from the bite. Fair play, Luis. Fair play.

Now the Court of Arbitration of sports (CAS) has lifted part of the ban where he can train with Barcelona and attend games in stadium, the Spanish league, especially the El Classico, will be a gem to watch with Messi, Neymar and Suarez vs James, Ronaldo and Bale all attacking from end to end.