CARDI head to quit by year-end 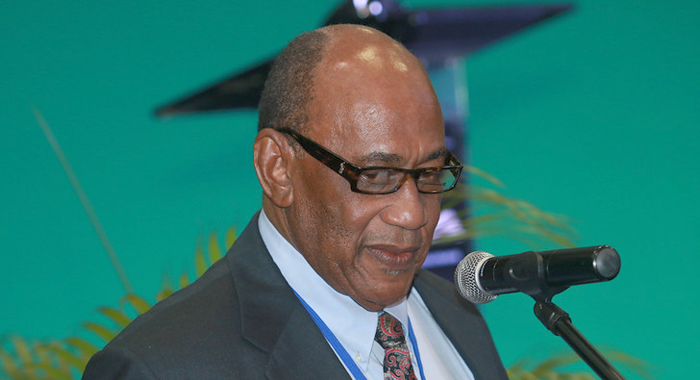 PARAMARIBO, Suriname — Executive Director of the Caribbean Agricultural Research Institute (CARDI), Dr. Arlington Chesney has confirmed that he will leave the institute by the end of this year.

“I think I should leave. When I joined CARDI, I said I would come for three years, and it [has been] seven years. As most of you know, I have bad knees, and an executive director of CARDI should be able to run around the field. I can’t, and I don’t think I would ever be to do that. There is no alternative motive for my leaving. Plus, I have been working since I was 21; I graduated before I was 21. So, it is time to go and lime,” the 72-year-old Chesney said on Wednesday.

He spoke in an interview on the sideline of the 13th Caribbean Week of Agriculture, the region’s premier agriculture event.

CWA, which has been sponsored by the ACP/EU Technical Centre for Agricultural and Rural Cooperation (CTA) since 2003, has grown significantly during Chesney’s stint as head of CARDI.

Chesney said his successor has not been choosen, but told reproters, “I think it is fairly well-known that I will leave by the end of the year, and before I leave there will be someone replacing me.”

He explained the process for choosing his successor, saying that there is an interview panel that makes recommendation to CARDI’s board of directors, which in terms makes a recommendation to ministers of agriculture within CARICOM.

Chesney said that under his leadership, there has been a turn around at CARDI, adding that the institute is respected regionally and overseas.

He said CARDI now has active memoranda of understanding with

institutes in Africa, Asia, South Pacific, and Latin America, and has been able to obtain over EC$60 million in funding for research and development activity in the region.

He said that at the regional level, CARDI has chaired a cluster to look at how institution can work together to minimise overlap.

Further, CARDI has been able to remodel its financial and administrative procedures.

Chesney said this remodelling should make it easier for his successor to manage the institute.

He, however, said that during his stint he would have liked to have seen a reduction in member states’ arrears, adding that five countries are currently in arrears, but declined to name them until after today’s (Thursday) meeting.

He said member states not paying their contributions impacts the ability of the institute to attract external resources.

“Because if your parents can’t look after you, your godparents may not want to, so this is one of the things we have to work on. And I understand the situation that most member states are not well endowed at this point in time and I must give thanks to those member states that are reasonably well endowed for meeting their portion and sometimes paying well in advance so we can continue on an even keel,” Chesney said.

He said “human engineering was his biggest challenge” as head of CARDI.

“It has been a gradual process of bringing science into business. But unless you do that, you will die. This is almost finished — that human engineering, and so my successor should have a foundation that he can run from.”

Chesney said he is not leaving the institute with a heavy heart.

“I never leave a job with a heavy heart. If you ask me if there are more things that could be done, of course. But that doesn’t mean I should have a heavy heart.”

Asked what he will do after leaving CARDI, Chesney said, “I tell people I am going to lime constructively.”