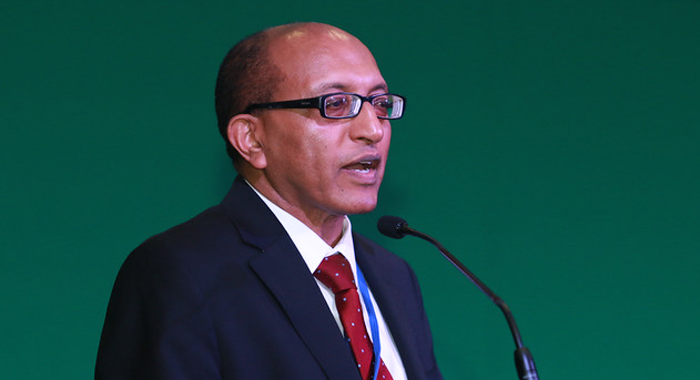 PARAMARIBO, Suriname — One of the main partners in organising Caribbean Week of Agriculture (CWA), the region’s premier agricultural event, says its plans for interventions in the Caribbean during the coming years reaffirm its determination to help create agribusiness opportunities for farmers.

Michael Hailu, director of the ACP/EU Technical Centre for Agricultural and Rural Cooperation (CTA) told the opening ceremony of CWA 2014 on Wednesday that his organization is committed to exploring profitable and sustainable value chain opportunities, as well as building resilience for food and nutrition security in the face of climate change.

“Looking ahead, we are keen to expand our partnerships in the region. Experience shows that effective partnerships hold the key to getting results on the ground. So we are actively forging links with a whole range of actors, including farmers’ organisations, youth organisations, and also private sector players — one particular area for growth is private sector development,” he said.

Hailu told the ceremony that the CTA is thinking of potential funding from the 11th European Development Fund (EDF), which has allocated 600 million euros for private sector development across the ACP.

He said the Caribbean region could benefit from these funds.

He noted that CTA has been actively involved in CWA since 2003, adding that the CTA greatly values the opportunity CWA offers for meeting the key players in the region when it comes to agriculture and rural development.

“It is the farmers and fisherfolk who are on the frontline when it comes to food security and nutrition and the stewardship of our most precious natural resources. And it is mainly their livelihoods and prosperity that we hope to benefit by the progress we make this week,” Hailu said, adding, “I like to think that CTA’s interventions in the Caribbean are adding value to what other key players are already pursuing in the region.”

Hailu said an important area of the CTA’s work is promoting cross-learning among the ACP regions.

“They may be thousands of kilometres apart, but the Caribbean and Pacific countries have much in common, including similar challenges facing their agricultural sectors. In many cases, these countries can really learn from each other about what works and where,” he said.

He noted that this year the CTA invited to CWA the Minister of Agriculture from Vanuatu, his Director General, and staff from the South Pacific Commission to see for themselves the lessons to be learned from the CWA, in their quest to launch a Pacific Week of Agriculture in 2015.

CWA 2014 is being held under the theme “Transforming Caribbean Agriculture through Family Farming”, in keeping with the United Nation’s declaration of 2014 as the International Year of Family Farming.

Hailu said 2014 is also a special year for island countries as it is the United Nations Year of Small Island Developing States that culminated in a very successful conference in Samoa last month.

The CTA is also celebrating its 30th anniversary this year, and Hailu said the Centre is using the occasion “to take stock of our past achievements with our partners and to re-dedicate our efforts to serving smallholder farmers across Africa, Caribbean and the Pacific”.