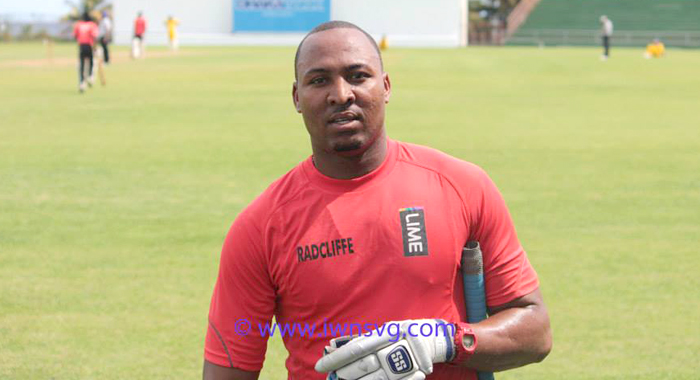 St. Vincent and the Grenadines, battling what team management termed as sub-standard umpiring, were up against it in their second round match against Dominica being played at the Mindoo Phillip Park in St. Lucia, as after being dismissed for 202, they saw their opponents reached 81/0 with Jerlarni Robinson on 46 and Tyrone Theophile on 35.

A team source told I-Witness News that the officiating, especially from one umpire in particular, left much to be desired, with the Vincentians, in the source’s opinion, being at the receiving end of all of his questionable decisions.

According the source, both batsmen were given let offs when the decisions clearly should have gone against them — pointing out that Robinson edged Keiron Cottoy to wicketkeeper, James only for the umpire not to answer in the affirmative, and another what he described as a “plumb LBW”, off the bowling of pacer Dawnley Grant, which went in the batsman’s favour.

Earlier, SVG’s captain, Lindon James, had won the toss and decided to take first knock on a pitch that was expected to deteriorate having hosted one match before.

The Vincentian batting failed to fire, with Donwell Hector (9) and Romel Currency (0) failing to replicate their form of two days ago against St. Lucia. In that match, Hector struck 97 and Currency 84.

It was James (61) who led from the front as the Dominica spinner of Ray Casimir 4/41) and Vivian Titre 3/52 and medium pacer Kevin James 2/13 combined to keep their opponents in check.

Miles Bascombe (35) and Kenneth Dembar (21) were both victims of poor umpiring decisions, according to the SVG team management. Bascombe being given out caught behind, and Dembar out LBW despite playing the ball into his pad, they claimed.

A spokesperson for the team said that were the umpiring of a higher standard, they would have had a bigger total and could have had between four and five Dominica wickets by the close.

Dominica, who played out a no-decision with Grenada, will resume on day two, needing a further 122 runs to get with all their wickets in hand.

The Vincentian camp are confident that they can restrict them under their total since the pitch has been playing a few tricks towards the end of the days play.

In the other match at the Beausejour Cricket Ground, St. Lucia were dismissed for 186 with Craig Emmanuel 51 and Larry Edward 34 being the leading scorers. The wickets were shared by Denis George 3/35, Nelon Pascal 2/28, Herron Campbell 2/29 and Josh Thomas 2/43).

Grenada in reply were 98/3 with Devon Smith hitting 55-his second half century in as many innings.