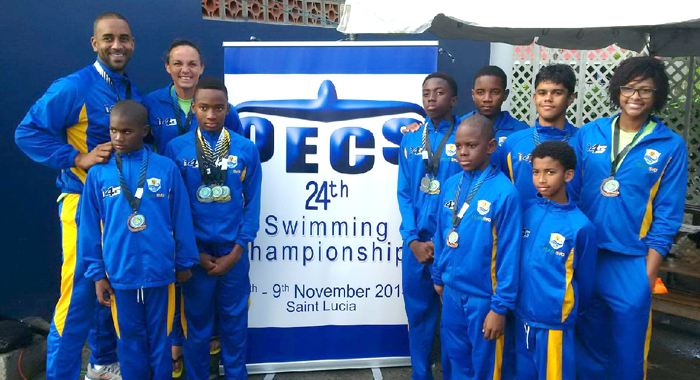 A team of 31 swimmers from St. Vincent and the Grenadines (SVG) returned from the 24th OECS Swimming Championships in St. Lucia with 35 medals, its largest medal haul in the 24-year history of the championships.

St. Lucia won the competition for the third time in the last four years, beating defending champions Grenada by 83 points.

British Virgin Islands, the only nation not to field a full team, amassed 185.5 points in the competition, held Nov. 7 to 9.

The SVG swimming association said that all the Vincentian swimmers   returned with improved personal best times.

Team SVG will also participate in the CARIFTA Swimming Championships to be held in Barbados April 4 to 7, 2015.

The SVG team will include Nikolas Sylvester, Shane Cadogan, Shne Joachim and Alexander Joachim. We expect to have at least three more qualifiers. We are confident they will do their very best for SVG.