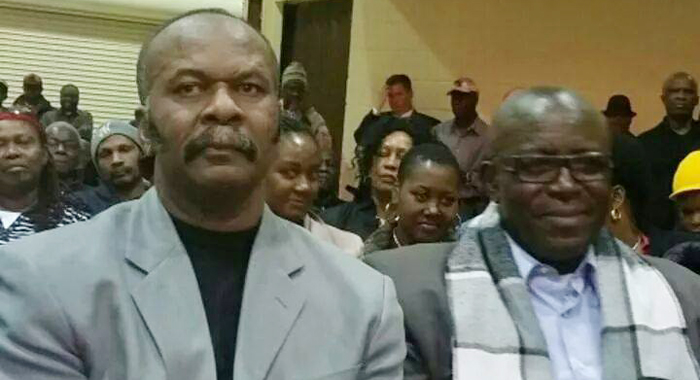 The government has announced two cultural ambassadors, in addition to the 15 announced on Independence Day — Oct. 27.

He noted that the practise of appointing sports and cultural ambassadors began shortly after his Unity Labour Party government came to office in March 2001.

“… and we have had many important contributors to our sporting and cultural development who have been accorded the honour of being an ambassador — cultural and sporting — and to have the dignity and the privilege to carry a diplomatic passport of St. Vincent and the Grenadines.

“This evening, on behalf of the government and people of St. Vincent and the Grenadines, I will like to announce, formally, that Winston Soso and Syril “Scorcher” Thomas will join the pantheon of cultural ambassadors,” Gonsalves said.

“We thank Winston Soso and Syril Thomas for their immense contributions. I know that many of us have danced and sang for example to Winston Soso’s ‘I don’t mind’. Well, we recognise him here this evening in the midst of the jam,” he said, referencing lines from one of Soso’s hit songs.

“And of course, I also tease Scorcher for, among other things, ‘Fork them up’,” Gonsalves further said.

The St. Vincent and the Grenadines Diaspora Committee of New York Inc. on Monday congratulated the new cultural ambassadors, both of whom live in New York.

“For a very long time now, both of you have brought joy, love, unity and dignity to our nation and its people in the diaspora. We in the Diaspora Committee look forward to working with you to promote Vincentian cultural arts throughout the world,” the committee said in a statement.