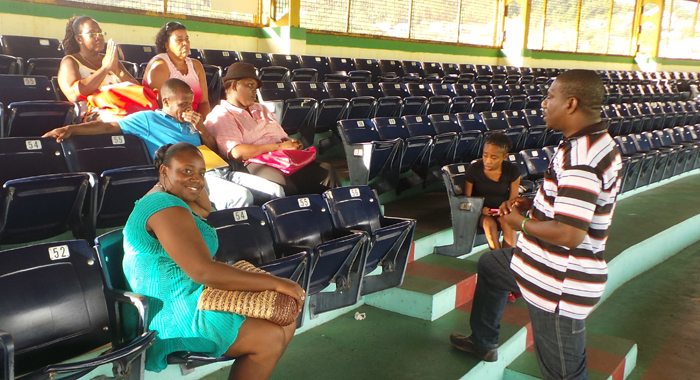 Israel Bruce, chair of the committee spearheading the formation of the SVG National Softball Cricket Association, says   things are moving at a reasonable pace, but there needs to be more urgency in the making the organisation a reality.

Bruce was appointed chairman of the five-member committee, with Pearlina Thomas asked to take on the responsibilities of secretary.

He told a recent meeting at the Arnos Vale Playing Field that the committee intends to travel to different parts of the country where competitions are held to sensitise organisers about the aims and objectives of the proposed national association.

Bruce said that while the formation of an umbrella body to manage the sport has become a necessity, it is important to have all aboard if it is to be successful.

Some 12 softball competitions are held across the country, and Bruce said his committee will see how it can “touch base with them”.

“We will have to meet with these satellite organisers to lay the foundation for the Association before we can move forward with any major plans. Maybe we go to each league or we pool them geographically, but however we do it, it must be done.”

Heavy rains affected the turn out at the recent meeting, but Bruce said he is hopeful that the next meeting will have much better attendance.

He said indications are that there appears to be plenty of support for the formation of the association.

When functional, the association will to attempt a super league under lights at the Victoria Park, in conjunction with the National Lotteries Authority.

The proposed super league will see the two top teams from each league taking part in what is being pitched as a “big money affair”.

The issue of teams taking part in more than one league and winning or placing second in these competitions and the options open to these teams was also explored at the meeting.

The super league is tentatively set to take place in November and December.

Bruce said he was disappointment that Minister of Sports Cecil “Ces” Mckie, the National Sports Council, National Lotteries, and the SVG Cricket Association had not responded to or acknowledged correspondents informing them of the proposed formation of the association.

The establishment of a National Softball Cricket Association will be the ideal platform for the effective supervision and management of cricket tournaments throughout the state, a release issued by Richards said.

In the 1980s a national softball association was formed with the late Albert Palmer being its president.

It was responsible for the organising of the tournament, which saw matches played primarily in the Kingstown, Largo Height, Campden Park, Sion Hill, and Calliaqua areas.