SIDS ‘achieved the bare minimum’ at climate talks in Lima 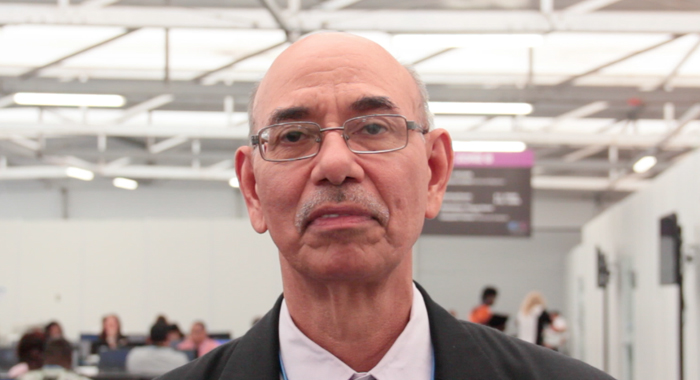 Carlos Fuller, international and regional liaison officer, at the Caribbean Community Climate Change Centre (CCCCC) told the Caribbean Media Corporation (CMC) this week that the Centre will this week begin the assessment of the outcome of the two weeks of negotiations.

“My personal preliminary reaction at this stage is that CARICOM and SIDS achieved the bare minimum necessary to continue the process to address climate change. The Lima Accord did decide that the Parties would continue to work on the Elements in the Annex to develop a negotiating text for the new Climate Change Agreement.

“We wanted a stronger statement that these were the elements to be used to draft the negotiating text,” he told CMC.

Fuller said that SIDS did not get the specific mention that Loss and Damage would be included in the new agreement, “but there is also no mention that it would not be included.

SIDS, which have contributed the least to, but suffer the most as a result of climate change, want developed countries to commit to help to pay for the loss and damage resulting from human-induced climate change.

On the issue of Intended Nationally Determined Contributions (INDCs) — or national plans for action on climate change, Fuller said there was an agreement that all Parties would submit their contributions for the new agreement during 2015.

These INDCs will form the foundation for climate action post 2020 when the new agreement is set to come into effect.

“However, we lost all the specifics that would inform Parties on what should be submitted. We lost the review process for the INDCs and only those Parties who wished to respond to questions for clarification would do so.

“… we have established a process to work on the pre-2020 ambition gap,” he said in reference to the shortfall between the amount of money contributed to a fund to pay for adaptation to climate change, and the estimates of what is actually required.

“On Loss and Damage we achieved a decision on the establishment of the composition of the Executive Committee, but unfortunately the regional distribution of two of the seats is still being deliberated. We regret that we were unable to improve its two-year work programme,” Fuller said.

He said that SIDS were, pleased that the pledges to the Green Climate Fund (GCF) reached the US$10 billion mark.

“However, we were striving for US$15 billion. On long-term finance we are still awaiting signals from the developed countries on how they intend to meet the US$100 billion pledge by 2020 that they set for themselves,” Fuller told CMC.

The GCF is a fund within the framework of the United Nations Framework Convention on Climate Change (UNFCCC) founded as a mechanism to redistribute money from the developed to the developing world, in order to assist the developing countries in adaptation and mitigation practices to counter climate change.

The UNFCCC said on Sunday that a new 2015 agreement on climate change took a further important step forward during the Lima talks.

It said that nations concluded by elaborating the elements of the new agreement, while also agreeing the ground rules on how all countries can submit contributions to the new agreement during the first quarter of next year.

During COP20, countries also made significant progress in elevating adaptation onto the same level as action to cut and curb emissions, the UNFCCC said.

“Lima has given new urgency towards fast tracking adaptation and building resilience across the developing world — not least by strengthening the link to finance and the development of national adaptation plans,” said Manuel Pulgar-Vidal, Minister of the Environment of Peru and the COP President.

“Meanwhile here in Lima, governments have left with a far clearer vision of what the draft Paris agreement will look like as we head into 2015 and the next round of negotiations in Geneva,” Pulgar-Vidal said.

Christiana Figueres, Executive Secretary of the UNFCCC, said that in Lima the climate change negotiations reached “a new level of realism and understanding” about what needs to be done now, over the next 12 months and into the years and decades to come if climate change is to be truly and decisively addressed.

“Governments arrived in Lima on a wave of positive news and optimism resulting from the climate action announcements of the European Union, China and the United States to the scaling up of pledges for the Green Climate Fund.

“They leave Lima on a fresh wave of positivity towards Paris with a range of key decisions agreed and action-agendas launched, including on how to better scale up and finance adaptation, alongside actions on forests and education,” Figueres said.