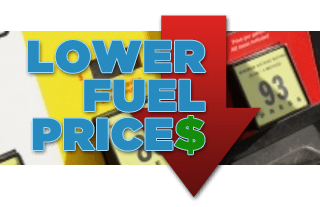 Vincentians will this month pay the lowest fuel surcharge on their electricity bills since 2011.

Communications Consultant in the office of the Prime Minister, Elson Crick said in a brief statement on Tuesday that VINLEC, the state owned electricity company, has announced a drop in its fuel surcharge for the month of December.

“The 40.65 cents per unit is the lowest since March 2011,” Crick said in a release in which he also announced a reduction in the price of gasoline at the pumps.

It was the third reduction in gasoline prices over the last three months, as fuel prices continue to tumble internationally.

In October, consumers saw a reduction of 40 cents per gallon and in November, the price per gallon fell by a further 46 cents, bringing the total reduction over the three-month period to EC$$1.47.

“The reductions are in keeping with the government’s policy of using a three-month moving average for the price of fuel and reflect a downward movement in the price of oil on the international market,” Crick said.

One reply on “Vincentians to pay lowest fuel surcharge since 2011”