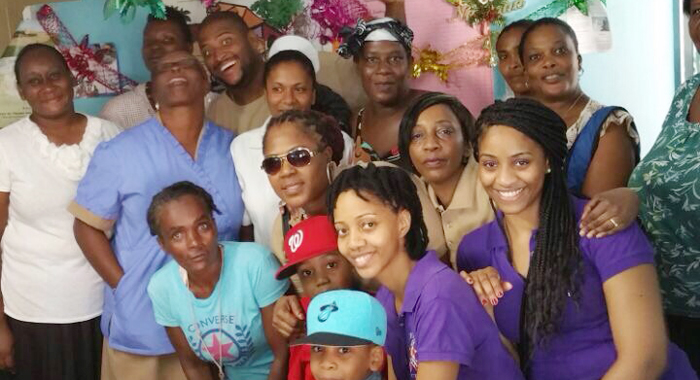 The group, headed by president Carol Simmons, who resides in Brooklyn, New York, distributed the packages on Wednesday.

Simmons, who was joined by group members who journeyed from New York for this special occasion, helped prepare the Christmas packages that were given out to the less fortunate.

“It was great to see all the smiles on the faces of those we served,” Simmons said. “It was also fun working with Nurse Laban and residents of these localities who were very nice to us. We are looking forward to working with our people (Vincentians) in the future, as they were a group of wonderful people. It certainly is a blessing to give back to our country especially in times of need,” Simmons said.

JEMS makes the donations annually, and says it is planning to distribute larger packages next year, as it membership grows.

“We are totally committed to the service of our people back in St. Vincent. And as far as we are concerned, our journey has just begun,” JEMS said in a press release.

“JEMS will also like to thank Fessy of Standard Shippers in Brooklyn, New York. Fessy over the years has made shipping a boon to this small philanthropic Brooklyn group.

“Special thanks to Anesia Baptiste, leader of the DRP; she has been a tremendous help to the group. We greatly appreciate her service to the people of St. Vincent over the past years,” the release said.