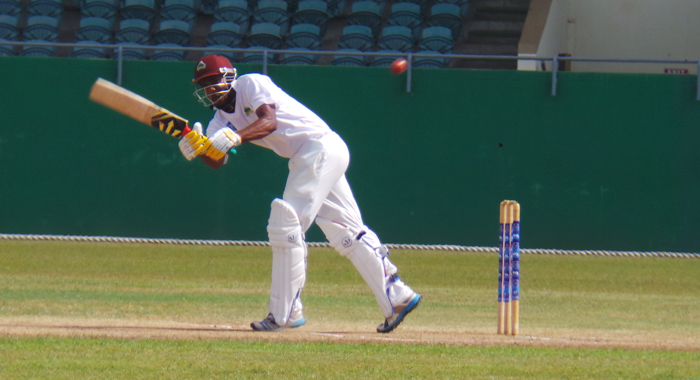 After initially being sidelined by the selectors, based in what sources said were recommendations to the panel, talented Vincentian batting protégé Sunil Ambris had to depend on an act of fate to join the Windwards team for the Nagico Super50.

Ambris, who is seen as the Windwards brightest young batting prospect, arrived on the regional first class scene in 2014 — one year after being inexplicably denied — and made his entrance with a debut century against Guyana in the regional Four-Day Tournament.

He counted another towards the end of the season against Jamaica in the final of the competition. He also represented the West Indies A in Sri Lanka in a series of 50 matches.

However, Ambris who has experienced a dip in form in the 2014-15 Professional Cricket League, was left out of the Windwards squad for the Trinidad and Tobago hosted tournament. But in a dramatic turn of events, the Windwards selectors were called upon to make a hurried change when, according to reports, Dominica’s Kavem Hodge, who was selected among the 14, chose to play with the CCC. The reports say that this resulted in an emergency conference call by the panel, which agreed on Ambris as the replacement.

Ambris, who is in Dominica as part of the Windwards Volcanoes Camp, said he was happy to have received the call and promised to make the most of the opportunity.

The selectors were also called upon to replace Dalton Polius, who suffered a knee injury during training. His place was taken by Taryck Gabriel, who was among four reserves named.

The Liam Sebastian-led Windwards Volcanoes have been drawn in Zone A of the tournament, alongside defending champions, Barbados, Guyana and the CCC.

They open their campaign against Guyana at the Queen’s Park Oval, in Port of Spain, Jan. 15.

The Windwards, winners in 2013, lost all three preliminary matches in 2014 from positions that they looked to be in the driver’s seat –suffering negative results against Barbados, Jamaica and Ireland

The other group Zone B sees host Trinidad and Tobago, Jamaica, the Leewards and West Indies Under-19 battling for honours.

One reply on “Vincentian Ambris gets late call to Windwards team”