SVG discontinues use of Ebola questionnaire 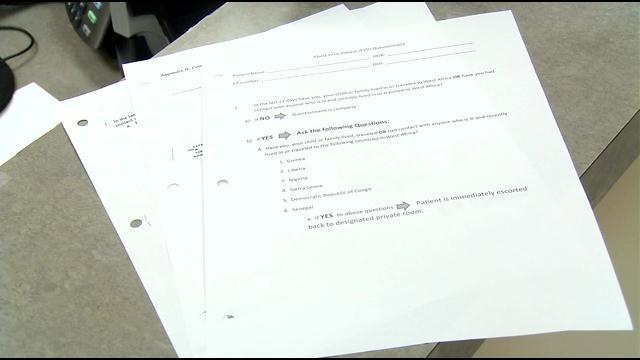 The Ministry of Health in St. Vincent and the Grenadines (SVG) has discontinued the use of the questionnaires which passengers were required to fill on arrival at ports of entry in light of the Ebola outbreak in West Africa.

However, public health nurses remain on duty at the ET Joshua Airport and officers of the Passports and Immigration Department are continuing their vigilance, Neeka Anderson-Isaacs, health communications officer in the Ministry of Health, Wellness and the Environment, said in a release.

Anderson-Isaacs said that while the risk of Ebola being transported to SVG remains low, the ministry continues to ensure that measures are in place for early detection, immediate isolation and containment, in a bid to prevent further spread, clinical management and contact tracing.

In September last year, the ministry implemented the use of the questionnaire for all passengers entering SVG as part of our public health surveillance strategy in the preparedness and response to the Ebola virus outbreak in West Africa.

Chief Medical Officer Dr. Simone Keizer-Beache says that in keeping with global developments surrounding the outbreak and our assessment of the public health yield from the information gathered by these questionnaires, the ministry, with the support of key stakeholders, took the decision to discontinue the use of the questionnaire.

Case numbers remain low in Liberia, with no confirmed cases nationally for the final two days of the week ending Jan. 11, and the lowest weekly total of confirmed cases since the first week of June 2014.

Sierra Leone has now reported a decline in case incidence for the second week running, and recorded its lowest weekly total of new confirmed cases since the week ending Aug. 31, 2014.

The report also states that there have been in excess of 21,000 reported confirmed, probable, and suspected cases of EVD in Guinea, Liberia and Sierra Leone, with more than 8,300 deaths (outcomes are under-reported).

Keizer-Beache said that public health surveillance will continue at all of our ports of entry and that   public health staff will continue to be deployed at strategic points throughout the country and will work along with immigration officers who will remain alert to detect travellers coming from countries where there is still widespread EDV transmission.

She said all key stakeholders, including the Passports and Immigration Department, the National Surveillance Committee and all airlines, will continue to be vigilant as we work together to prevent the introduction of this disease in SVG.