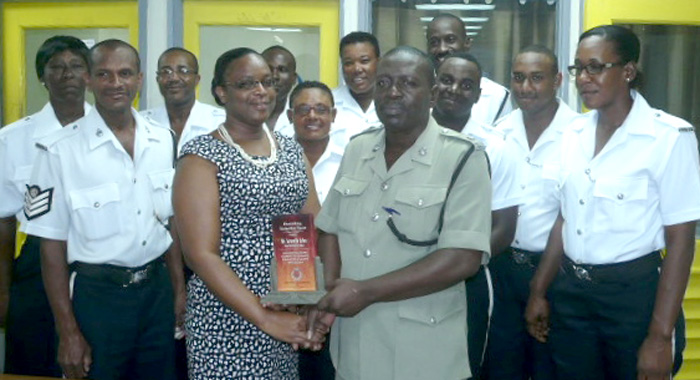 Staff at the Traffic Branch of the Royal St. Vincent and the Grenadines Police Force has recognised Superintendent Kenneth John, head of the department, for his leadership during the past year.

John received his award recently during a brief ceremony held at the Traffic Branch.

“In 2014, the Department had some challenges, and as a result of SOP John’s leadership we have overcome those challenges,” Corporal Henry Providence said at the ceremony.

He said the staff wanted to show their appreciation to John for the work that he has rendered.