Lessons for Argyle Int’l Airport from the cruise industry 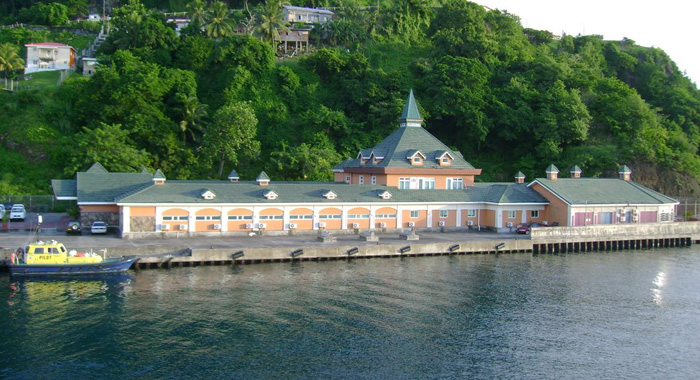 The busiest ports of call in the Caribbean for cruising in 2013 are listed in the table below:

SVG was not just dead last in passenger arrivals, it received only 36 per cent as many cruise ship passengers as Dominica in 2013, a country with which we share many physical, economic, and infrastructure features, most notably the shared absence of an international airport

In the 2011-2012 passenger year, the latest for which I could find the following statistics, cruise ship tourism generated nearly US$2 billion in direct expenditures and 45,225 jobs among the 21 Caribbean Sea countries included in the study, most of which are also listed in the table above. Second from last was SVG with a paltry US$3 million in cruise tourist expenditures; SVG was also dead last among the 21 countries with a mere 80 people employed full-time in the local cruise ship industry. Once more, Dominica topped SVG in both categories: the country received six times as much cruise tourist expenditures (US$18 million) and employed six times as many people in the cruise ship industry (484 people).

For those who have visited other Caribbean tourist-friendly countries, the reason for the disparities in the table above, in general, and the differences between SVG and Dominica, in particular, should be abundantly apparent: the natural presence, development, and maintenance of first-class holiday visitor resources and supporting services.

Not every tourism-oriented Caribbean country has all these features, of course. But we stand out by lacking nearly all of them: on the mainland — the sole SVG destination of cruise ships and end point for international air carriers, if the airport at Argyle is ever built — the only major attraction is a single seaside all-inclusive resort whose future is very shaky.

Although Dominica lacks many of the listed features, it is way ahead of us as far as the presence, maintenance, protection, preservation, and promotion of its God-given natural wonders are concerned. This is why its cruise ship numbers and revenue are so much higher than ours. This is also why Dominica’s cruise-ship tourists spent twice as much money per person during their short visit to the island than their SVG counterparts: there is simply so much more for tourists to spend money on in Dominica than in SVG.

With so few cruise ship visitors — a product of the paucity, poor quality, and neglect of our tourist sites, facilities, and resources, not to mention the unfortunate absence on the mainland of the pristine white-sand beaches that even ship visitors yearn for — after nearly 16 years of operation, there is little reason to anticipate any increase, let alone explosion, in tourist interest if and when AIA is completed. Conversely, if mainland SVG had been blessed with the beaches of Mustique or Canouan, an international airport would have been built at Argyle or elsewhere decades ago.

Even many of our own people, especially those who have travelled to other islands, including the Grenadines, are reluctant to scorch their feet or tolerate the intense sand-generated heat at high daytime on the few uninhabited and unkempt black-sand beaches on the placid Leeward coast that have not been ravaged by decades of mindless and unregulated sand mining (that has even exposed the underlying course gravel in many places). And just forget about sea bathing on much of the wild and dangerous Windward side.

More important, those countries in the table above with the highest cruise ship arrivals also have the highest international airport arrivals, again showing that natural attractions and associated infrastructure and personnel must be good enough to have long attracted visitors in the first place, not the other way round.

Thus, “if you build, they will come” is pure fiction: this airport should have been envisioned only if the imaginary “they” were already coming in such large numbers that its construction was a genuine necessity rather than the kind of Hollywood fantasy depicted in Kevin Costner’s fairy-tale movie “Field of Dreams”.

Nor does the grossly exaggerated and childish claim that we are inconvenienced, humiliated, even abused every time we fly home from Barbados — an assertion that will be challenged on a different occasion — have any merit. Neither do the equally silly charges that we need a brand-new international airport at Argyle because the present terminal at Arnos Vale is run-down or because every other Caribbean country (except Dominica) has non-stop jets arriving from abroad every day. (Hint: “airport envy” is part of our debilitating national inferiority complex).

The present political regime surely know all these things, yet another reason for arguing that constructing an international airport at Argyle has been totally driven by perceived political advantage: how to get the most votes and most seats from one election to the other.

The NDP boldly claims it will complete the airport if the party gains power in the next election, if only because it is too late to turn back. But it doesn’t matter which party is returned to complete the project because the result will be the same.

This is not Southern California, arguably one of the richest places on earth, where a failed movie project (of which Kevin Costner has had his share) here or there is of little moment. This is little St. Vincent and the Grenadines, a dirt-poor place that can ill afford the failure of the single largest undertaking in the nation’s short history. Moreover, when a private-sector endeavour fails, it is mainly the investors and employees who suffer; when a state-funded project fails, especially one based on loans rather than tax revenue, the people who feel it the most are the poor.

AIA is a cockamamie Hail-Mary gamble with the future well-being of our tourism-challenged country. Sad to say, this almost interminable Argyle “Field of Dreams” will eventually end as our worst national nightmare, especially for those whom this regime cynically claims to represent the most — the downtrodden masses.

This is the third of a series of five articles on the folly of the proposed Argyle International Airport. The first two are:

Get ready for a November election