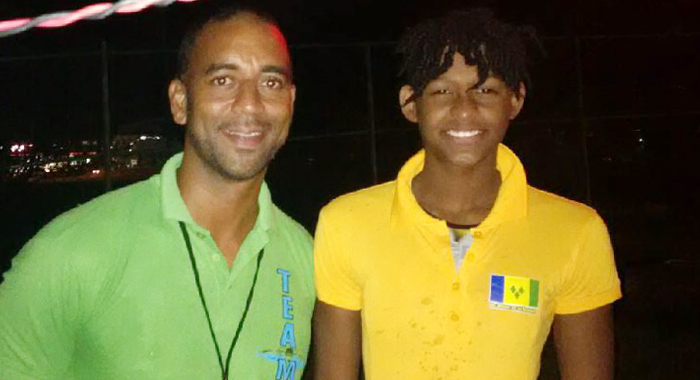 Fourteen-year-old Swimmer Shné Joachim has been announced as the 2014 St. Vincent and the Grenadines Sports Personality of the Year and the Junior Sportswoman of the Year.

The announcement came on Saturday during the 2014 National Sports Awards, dominated by the Swimming Association.

Swimmer Nicolas Sylvester was Junior Sportsman of the Year, while swimming coach Kyle Dougan of the Swimming Association was Coach of the Year.

Groundsman of the Year: Laidlow Goodluck

Speaking at the awards ceremony, Prime Minister Ralph Gonsalves noted that while the country has good facilities for basketball and lawn tennis, he did not see any nominees from these sports among the 12 sporting disciplines from which there were nominees.

“I don’t know if the basketball association has failed and/or refused to submit any names. I just observed that,” he said.

He further noted there are lots of lawn tennis facilities in the country, including the three additional courts built in 2002 to host a leg of the Davis Cup.

“And for us not to have anybody here from lawn tennis, I believe that inquiring journalists and policymakers would pose questions as to why this is so. I am sure that there must be valid reasons. I am not saying that they will be reasons of exculpation or mitigation, but valid reasons, the analysis having been done,” he said.