NTRC says price of cellphone calls should be regulated 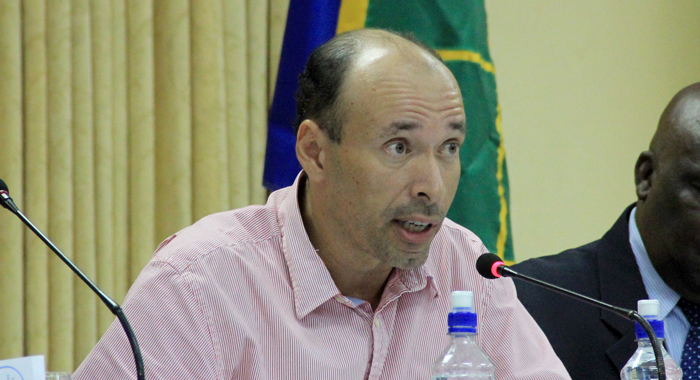 The local regulators of the telecommunications sector say they should also be allowed to set the rates of mobile phone calls, as is the case with fixed-line telephony.

“… we can’t control the rates of Digicel and LIME for the mobile services. It can be, but so far it’s not. So, until such time, we are limited in what we can do,” Apollo Knights, ‎director of the National Telecommunications Regulatory Commission said on Monday.

The consultation was organised by the Ministry of Foreign Trade, Commerce and Information Technology.

Knights said that he agrees that the NTRC can do a lot more than it is doing and believes that it should be regulating mobile rates.

He, however, said that the NTRC cannot do it on its own, since it is a member of the larger Eastern Caribbean Telecommunications Authority (ECTEL) — which groups five countries — and drafts the policy and framework.

ECTEL also starts the process and put the regulations in place, where it thinks the market needs to be regulated, Knights said.

HE said the NTRC has to approve fixed-line telephony promotions before telecommunications providers advertise them to the public.

“The fixed-line promotions are regulated as part of regulated services, so they (telecoms companies) have to file them with us (NTRC) before they start them. We look at the terms and conditions and can change them. Persons won’t know this, but this happens in the background. Anytime you have a fixed line promotion coming, we are involved.

“For mobile, this is not in our area. So we see companies can plan a promotion every Monday; we have no say in that. They tell you when it starts, they never tell you when it finished so persons get trapped, think it is permanent. So this is an area we need to work on in the future,” he said.

He also said that the NTRC should be doing more in terms of aspects of the customer policies of FLOW, a company owned by Columbus Communications that currently provides fixed-line Internet, and cable television services.

“We are having a lot of complaints. That is not just FLOW as being a new company. It is something that we have inherited from Karib Cable (FLOW’s predecessor).

“We are having a lot of complaints over the years, and the main reason was Karib Cable came in before the Telecoms Act. They had a licence agreement from since 1997, which had conditions in them about how they must operate. And even when the Telecoms Act came in, they were still under that agreement, so we had no jurisdiction over Karib Cable. We were working to get them under the act, which didn’t occur until 2013. A week after they came under the act, that’s when the merger announced,” he said of Columbus Communications’ acquisition of Karib Cable.