Jimmy Prince tipped to be ULP’s man in Marriaqua 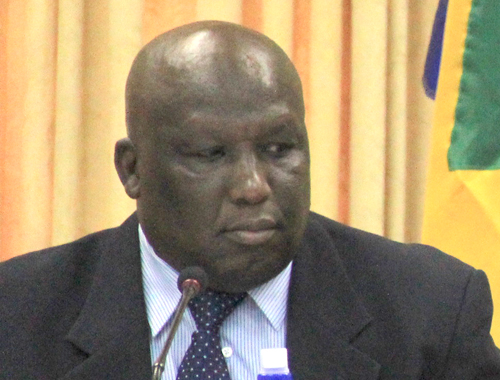 The Unity Labour Party says that all but one of the challengers in Marriaqua and West Kingstown have withdrawn their candidacy, paving the way for a smooth candidacy selection exercise when the party holds its constituency conferences in those districts.

“The General Secretary was mandated by the Central Executive to bring Marriaqua and West Kingstown to some order with regards to candidate selection,” General Secretary of the ULP, Sen. Julian Francis told a party press conference on Monday.

“I have spoken to Michelle Fife in West Kingstown and she had consented to withdraw her interest in running in West Kingstown. That leaves the name of Deborah Charles alone for consideration,” he said.

Fife, a lawyer and former beauty queen who lost to the New Democratic Party’s Daniel Cummings in 2010, was hoping to secure the nod ahead of Charles, a teacher.

“In Marriaqua, I have had the commitment from Godson Cain and Kirk Da Silva that they will withdraw their interest in candidacy. That leaves Jimmy Prince as the man for Marriaqua, and those two matters will be settled at dates to be agreed upon,” Francis said.

Da Silva is an accountant and Cain, an educator, while Prince recently retired from the public service, his most recent post being Director of the Agency for Public Information.

Francis said that no persons have come forward to challenge the candidacy of Herman Belmar and Edwin Snagg in the Northern and Southern Grenadines, two NDP strongholds.

“I have heard no other names coming forward to compete against these two stalwarts. Snagg has served us well in the Southern Grenadines for years and I’m sure he is ready, able, fit and willing to run the course again, and I just saw on my email this morning a request for a candidate selection meeting in North Grenadines, and the name that has come to me is Belmar,” Francis said.

The press conference was called to address matters arising after a bruising candidate selection exercise in Central Leeward one week earlier.

At that constituency conference, contenders, the incumbent Member of Parliament for the area, Maxwell Charles, and his challenger, Dunstan Johnson, agreed to a recommendation by Political Leader of the ULP, Prime Minister Ralph Gonsalves, that former MP, 73-year-old retired politician, Sir Louis Straker, be brought back as the candidate.