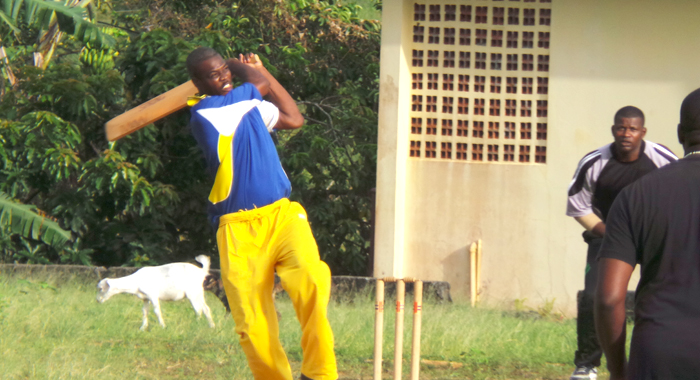 On Saturday, Glen United failed to show for their match against Gairy Construction Simple Boyz and in so doing handed all points their opponents.

In their second match of the day, Gairy Construction Simple Boyz thrashed Hot Boyz by 8 wickets.

Winning the toss and batting, Hot Boyz were dismissed 56 in 14.2 overs with Lass Yearwood getting a topscore on 24. Gairy Construction Simple Boyz got to their target, losing 2 wickets in the process and ending 60/2 with Stein Joseph getting 24*.

On Sunday, Dr. Thomas Injectors won from ASCO by default.

In the second match of the day, which was reduced to a 15/15 overs affair, RSVG Police beat Better Brands Distributions Supreme Stars by 86 runs.

Police, behind 65 from Roderick John, reached 163/5. The big hitting John smashed 8 sixes and added 2 fours in his boundary-studded innings. Salem George piled on the runs with 37 and Kenroy Martin 29. Donalson Harry had 1/9 in is three overs, a far cry from Brenson Mathias whose solitary over went for 31 runs.

Better Brands Distributions Supreme Stars were then restricted to 77/6 in their 15 overs, with Kendol Buntyn getting a topscore of 25. Dominic Ellis took 2/2from one over bowling for RSVG Police.

Roderick John of RSVG Police was named Player of the Week for his innings of 65 against Better Brands Distributions Supreme Stars.