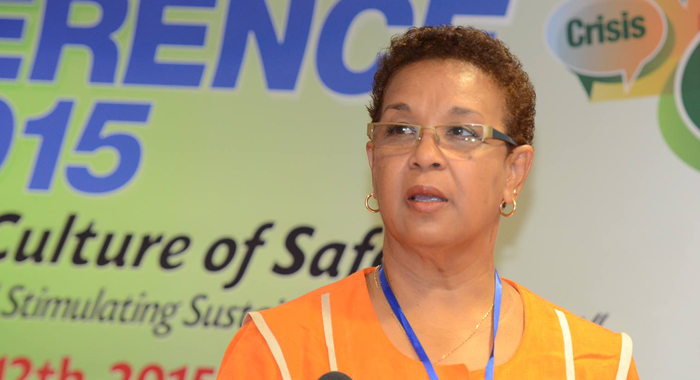 The St. Vincent and the Grenadines Site of the UWI Open Campus has won the Principal’s award for Best Department, 2011-2014.

This site is action and result oriented and was effective in fulfilling the objectives in their Action Plan, which reflected the UWI’s Strategic Plan 2012-2017. There have been steady increases in on-line and face-to-face students and in the number of cultural and outreach activities offered to the community.

The staff reiterate the philosophy of “lifelong learning” and second chances. The Open Campus is profiled as an institution which helps one to fulfill one’s academic dreams and which offers opportunities for personal and professional growth.

Despite limited resources, the Site has accomplished much, with efficiency, staff engagement and sound financial management. This was coupled with forging good partnerships with individuals, organisations and key stakeholders in the community it serves. Staff engagement continues to be a hallmark at the Open Campus, St. Vincent and staff is very motivated and supports innovations at the site.

During the last three years they have welcomed Dr George Lamming; Professor Hollis “Chalkdust” Liverpool; and Professor Verene Sheppard to present the Annual Independence Lectures and have facilitated the national debate on reparations by inviting Professor Sir Hillary Beckles to present Britain’s Black Debt. Other lectures offered have included the Heritage Lecture Series, and the Emancipation Lecture Series. Additionally, with community support the Site has initiated the Annual National Literary Fair, under the themes: “Celebrating our own”; “Read! Think! Grow!” and “Travel the world through reading”.

More recently the Site has collaborated with community partners to organise and implement a highly successful Country Conference, which involved researchers and academics from the University of the West Indies and several other universities from the United States and the United Kingdom.

Overall, this site seeks to remind the community at large that the Open Campus was designed to meet the needs of the “underserved” in the region and that through the Open Campus tertiary education is more accessible to those who, for a variety of reasons, would not have had this opportunity.

Accepting the Award on behalf of the staff of the Open Campus SVG, was Deborah Dalrymple, Head of Site.

Submitted by the UWI Open Campus, St. Vincent and the Grenadines