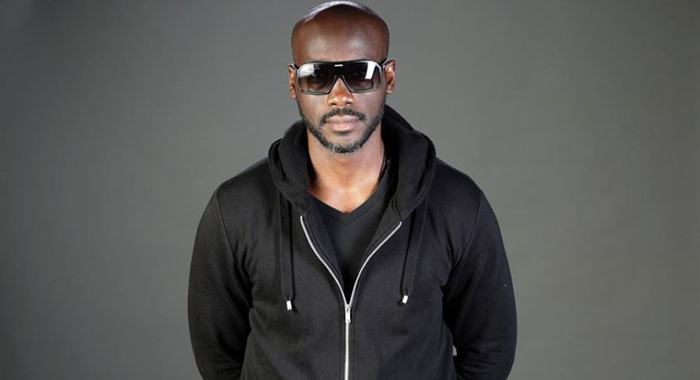 Alex Kubiyashi Barnwell was escorted to police headquarters to answer questions about the discussion. (Photo: Facebook)

Commissioner of Police Michael Charles is investigating an incident in which an announcer at Hot97.1 FM was taken into police custody Wednesday morning, reportedly over a discussion on air about two students having sex.

The police chief told I-Witness News on Thursday that he would like to defer comment until after his investigation, but said he was informed of the incident on Wednesday.

The station said in its newscast Thursday morning that the announcer, Alex “Kubiyashi” Barnwell, was escorted to police headquarters “to answer questions” about the discussion.

“Three members of the Police force, in addition to an escort truck with officers came to carry me in for questioning on things that I allegedly said (things that I never said),” Kubiyashi said in a Facebook post on Thursday.

The on-air discussion was about a video said to have surfaced on social media some weeks ago showing a 17-year-old male student and a 13-year-old girl, also a student, having sex.

Reports are that while the sex act appears to be consensual, statutory rape charges have been brought against the male student, since, according to the laws of St. Vincent and the Grenadines, a 13-year-old cannot legally consent to sex.

The male student is also said to have been suspended from classes, pending the outcome of legal proceedings.

“The police were unable to present any evidence of wrongdoing and seems to be acting on hearsay, with the morning host being released after a brief conversation with the Assistant Commissioner of Police,” Hot 97 said in its newscast Thursday morning.

“We are trying to find out, we are trying to shed light on something that is going on and also we are trying to guide and give advise, because nobody wants to be under that kind of pressure where they can’t walk the street and they have to be under shame. My argument yesterday was that both of these kids have a future ahead of them and we just can’t shortcut their future because of a mistake they made in the ignorance of their youth,” Kubiyashi said on the programme Thursday morning.

“Now, that’s exactly what I was trying to push yesterday and that was the argument. And I am encouraging the families still, even though something real snide and nasty went on, where people came for me yesterday, yo’ need to love up them kids, and yo’ need to hug them up and yo’ need to show them right from wrong and continue teaching them and continue parenting them,” he said.

“… That’s what the conversation was about. How on God’s green earth does that warrant officer to leave to come down here to carry me in for questioning, because I allegedly said something and when I am to reach by CID for questioning, the nature of the conversation to me was based on complete hearsay and allegations? Nobody actually listened to what I said on the radio station,” he said.

Barnwell said he was “arbitrarily brought in to sit down [to] basically what started as a kind of lambastment (sic) that I am being irresponsible — come on!

“Anybody could actually say that I was being irresponsible on radio yesterday? Me of all people? Come on!

“I want to know why Searchlight, for all the kind of jokes and kicks and out-of-timing comments that does go down in The News and the Searchlight and The Vincentian, have police every showed up?” he said in reference to the three local newspapers.

Barnwell’s co-host, Too Cool, noted the difference in the action of the police on Wednesday and several years ago when Hans Kings, press secretary to Prime Minister Ralph Gonsalves, telephoned the same programme to say had he been in St. Vincent at the time, he would have killed political activist Bryan Alexander over a Facebook post.

“A man called the radio station and said he was going to kill a man. Where was (sic) the police then? But you know what you heard in the long run? ‘Everybody has the right to defend themselves’,” Too Cool said.

Kubiyashi said that while he has “nuff respect for the Police Force” and have many friends who are police officers, the actions of the lawmen on Wednesday could cause people to see the police in a negative light.

“What happened yesterday was a bad judgment call. You did not listen to what I said on the radio yesterday,” he said.

Kubiyashi told listeners that the accusation that he was on radio “promoting and encouraging people to view a sex tape with minors in it and that was the basis of our programme yesterday is a lie.

“And whoever conjured up that lie and said it, you are out of timing,” he said.

“You are really sick in your head, when we are here talking about two minors engaging in in a sex act on film, that is a serious thing. It’s a video that was put into public domain. How it reached into public domain is also a matter that is also [of] grave concern,” he said.