Deputy police chief appeals to parents to partner with the police 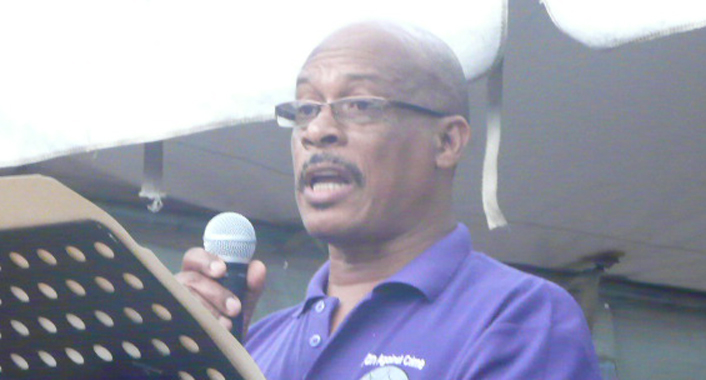 Deputy Commissioner of Police (DCP) Reynald Hadaway is appealing to parents throughout St. Vincent and the Grenadines to continue to partner with the police and other relevant organisations engaged in initiating outreach programmes, which are designed to steer them away from a life of crime.

Hadaway made the appeal at the Pan Against Crime Gospel Concert held at the Richland Park Hard Court on Sunday, attended by a number of youths drawn from the Richland Park community and its environs as well as from Police Youth Clubs from across the country.

“Parents, guardians, I am certain that you can attest to the positive impact of our programmes on your children lives over the years. We are, therefore, asking you to continue this very important partnership. We are asking you to give us the opportunity to work with your sons and daughters and you will have no regrets,” Hadaway said.

He challenged the parents in attendance as well as those listening via radio not to neglect their children and to give them all the necessary support needed to develop their true potential.

“Do not fail in your parental responsibilities. Do not fail us. Let us all work towards making St. Vincent and the Grenadines a safer place for all of us,” Hadaway said.

He said the Royal St. Vincent and the Grenadines Police Force, in collaboration with the Pan Against Crime Committee, National Commission on Crime Prevention and other social partners continue the drive to prevent young people from gravitating towards crime and violence.

He said it is the goal of these entities that the youth will become men and women of tomorrow who will lead very positive and productive lives.

Hadaway said crime and violence are social evils that impact negatively on communities. He said many are left stigmatised and scarred for the rest of their lives as a result of the scourge of crime and violence.

Hadaway also noted that there are people who even find it virtually, impossible to turn their lives around.

Against this backdrop, he said the Royal St. Vincent and the Grenadines Police Force has undertaken its outreach programmes, in its effort to steer our nations youths away from criminal activities.

“This we hope will continue to strengthen and further develop sound social and moral values amongst the young people of this blessed land,” he added.

Hadaway also recognised the efforts of Assistant Superintendent of Police Jonathan Nichols, who is now on pre-retirement leave, but played an instrumental role in organising several outreach programmes during his tenure put on by the Police and the Pan Against Crime Committee.