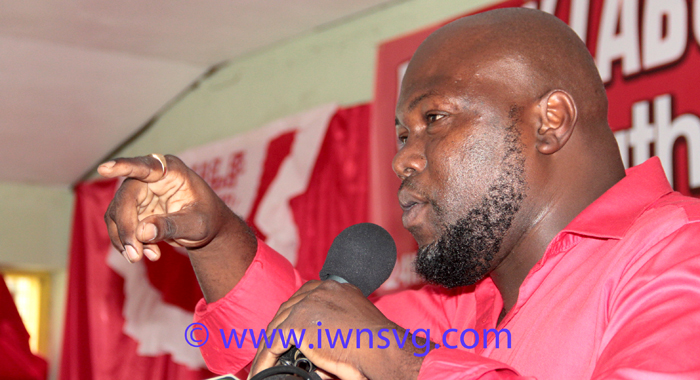 Teacher Abdon Whyte says that students who complete their education after much difficulty should be celebrated. (IWN file photo)

A teacher at the Union Island Secondary School has publicly criticised the school’s graduation policy that prevents student who are pregnant, impregnated someone, or has parented a child, among other things, from participating in the graduation ceremony and ball.

The policy also bars such students from receiving any prices to which they may be otherwise entitled.

The teacher, Abdon Whyte, said that rather than denying these students the opportunity to participate in the activities, the students should be celebrated for their perseverance.

The school was earlier this month threatened with a lawsuit after principal Vernette Ollivierre wrote an undated letter to the parent of a student, saying the student will not be allowed to participate in the formalities and celebrations because of her “living arrangement”.

“The school’s Graduation Policy, which is attached, stipulates that a graduating student should have living arrangement appropriate to a school child. Since this applies to her, [your daughter] would thus not participate in the ceremony or ball on the 1st July. She has also forfeited eligibility for any prizes or awards,” Ollivierre wrote in the letter.

The letter was not copied to the Ministry of Education.

Whyte, commenting on Facebook on an I-Witness News report on the development, said on Friday that he challenged the policy two years ago.

“The chickens have finally come home to roost! Values, standards, morals and policies are very important not only in education but also in society,” said Whyte, who is also a community and political activist.

“Two years ago as a teacher at the UISS I questioned the fairness of the policy when a young lady who had given birth was not allowed to graduate, I even raised it with the MOE (Ministry of Education). Do we administer pregnancy test to everyone? Or DNA tests In the case of the boys? NO!” Whyte said.

“Secondly ‘school policies cannot be changed like that’ I was told when I asked for the changes.

“I was told that it’s a process that involves the staff and PTA. The policy 2 years ago did not include the boys nor the inappropriate living conditions so how is it that we have this new policy!

“What if a male student is living in a house with a man? How do we deal with that? Or a young man gets a girl pregnant but doesn’t own the child? Do we act on our feelings? I have never supported that policy as I believe in second chances and the law allows these teenagers to return to school to finish their education and I don’t think they should be disbarred from graduating. They should be rewarded for their perseverance,” he said.

Lawyer Mathias M.K. Stewart has given Ollivierre until June 1, 2015 to rescind her decision and allow the student to participate in the July 1, 2015 graduation event or face legal action.

He said the student’s parents say that the student live with them in their family home, but the household stayed on a boat in the Clifton Harbour in March while their house was being repaired.

I-Witness News was unsuccessful in repeated offence to reach the relevant official at the Ministry of Education on Thursday for comment. Calls to their office went unanswered as the line was engaged.