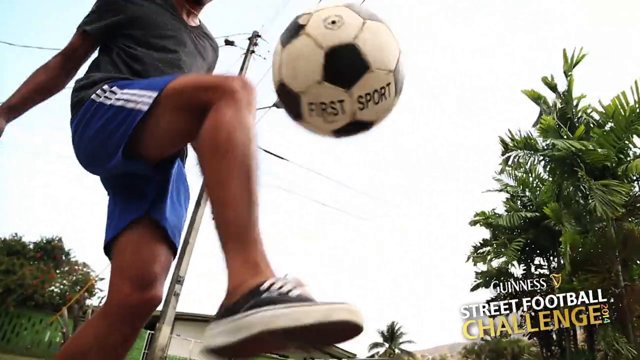 The Guinness Street Football finals will now be played on June 20, having been rescheduled from June 6 because of rural Carnival activities.

Seven teams have been chosen to compete in the finals, which will be held at the National Tennis Centre in Villa.

Last year, local squad Team Crew placed third in the regional finals in Trinidad, gaining a pass straight into the 2015 finals of the local leg of the competition.

The St. Vincent and the Grenadines Football Association (SVGFA), on behalf St. Vincent Brewery Ltd., is managing the tournament.

The final team will be chosen on June 14 during the Petit Bordel leg of the competition.

Registration fee is EC$40 and teams must have seven players and a manager, four on the field of play at one time. Team members must be 18 years or over. Females are also allowed to participate.

Teams that come out on top in the preliminary round will receive EC$500 and five cases of Guinness. The team that win on the night of the finals will get EC$6,000 and a chance to represent SVG in Jamaica at the regional finals, on June 27 and 28.